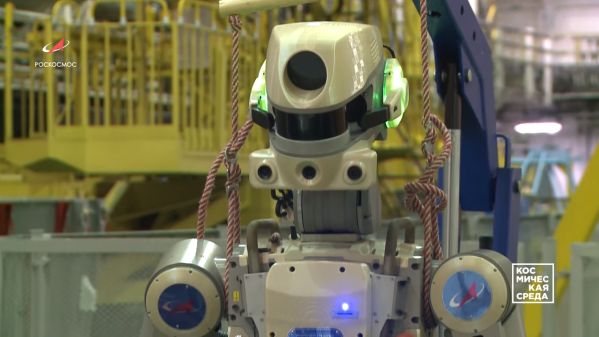 Defining the term robot can be tricky, with some thinking a proper robot needs to be autonomous and others seeing robotics under human control as enough. The Russian FEDOR robot is — we think — primarily a telepresence device, but it remains an impressive technical achievement. The press release claims that it can balance itself and do other autonomous actions, but it appears that to do anything tricky probably requires an operator. You can see the robot in ground tests at about the one minute mark in the video below.

END_OF_DOCUMENT_TOKEN_TO_BE_REPLACED

More Wii Fit Balance Board hacks keep rolling in from Europe. We’re not sure we agree with [Juan Gonzales]’s assertion that the Wii Fit Balance board is the best way to control robots, but we can’t deny how fun it looks. [Gonzales] managed to control a robot of his own design with the balance board, making it turn when he leans to the sides and moving forward and back when he leans in those directions.

The robot, which he calls SkyBot, is fairly impressive in its own right, built from a PIC microcontroller and featuring various infrared sensors and 6 contact sensors. The robot’s OS can be controlled from Windows, OS X, or Linux, but for this project, they used Debian. The balance board interfaces with a laptop connected to SkyBot; custom software (tar.gz file) to make this work was written in python, and is available on [Gonzales]’s robot wiki, as well as instructions on how to build a SkyBot. It is in Spanish, however, so fire up Google Translate and get to work.