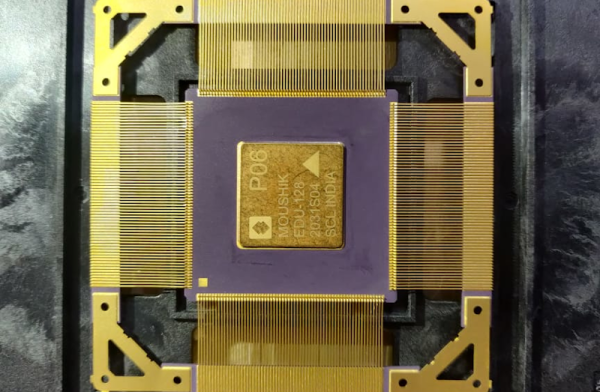 There was a time when creating a new IC was a very expensive proposition. While it still isn’t pocket change, custom chips are within reach of sophisticated experimenters and groups. As evidence, look at the Moushik CPU from the SHAKTI group. This is the group’s third successful tapeout and is an open source RISC-V system on chip.

The chip uses a 180 nm process and has 103 I/O pins. The CPU runs around 100 MHz and the system includes an SDRAM controller, analog to digital conversion, and the usual peripherals. The roughly 25 square mm die houses almost 650 thousand gates.

This is the same group that built a home-grown chip based on RISC-V in 2018 and is associated with the Indian Institute of Technology Madras. We aren’t clear if everything you’d need to duplicate the design is in the git repository, but since the project is open source, we presume it is.

If you think about it, radios went from highly-specialized equipment to a near-disposable consumer item. So did calculators and computers. Developing with FPGAs is cheaper and easier every year. At this rate it’s not unreasonable to think It won’t be long before creating a custom chip will be as simple as ordering a PCB — something else that used to be a big hairy deal.

Of course, we see FPGA-based RISC-V often enough. While we admire [Sam Zeloof’s] work, we don’t think he’s packing 650k gates into that size. Not yet, anyway.