Foghorns have been a part of maritime history since the 19th century, providing much needed safety during inclement weather to mariners out at sea. Over time, their relevance has slowly reduced, with advanced navigational aids taking over the task of keeping ships and sailors safe.

The sounds of the foghorns are slowly dying out. Artists [Joshua Portway] and [Lise Autogena] put together the Foghorn Requiem, a project which culminated on June 22nd 2013, with an armada of more than 50 ships gathered on the North Sea to perform an ambitious musical score, marking the disappearance of the sound of the foghorn from the UK’s coastal landscape. 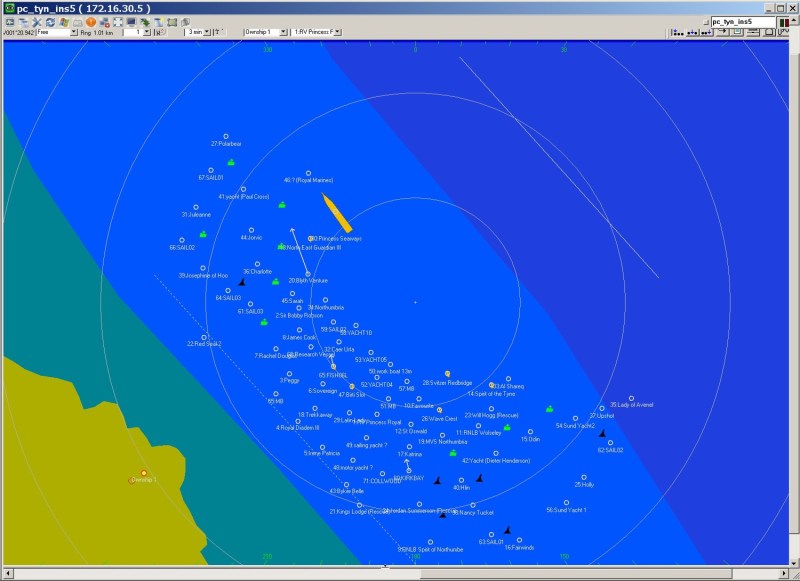 Up close, a foghorn is loud enough to knock you off your shoes. But over a distance, its sound takes on a soulful, melancholy quality, shaped by the terrain that it passes over. The artists tried capturing this quality of the foghorn, with help from composer [Orlando Gough] who created a special score for the performance. It brought together three Brass Bands – the Felling Band, the Westoe Band and the NASUWT Riverside Band, almost 50 ships at sea and the Souter Lighthouse Foghorn to play the score.

Each of the more than 50 vessels were outfitted with a custom built, tunable foghorn, actuated by a controller box consisting of a TI Launchpad with GPS, RTC, Xbee radio and relay modules. Because of the great distances between the ships and the audience on land, the devices needed to compensate for their relative position and adjust the time that they play the foghorn to offset for travel time of the sound. Each controller had its specific score saved on on-board storage, with all controllers synchronized to a common real time clock.

Marine radios were used to communicate with all the ships, informing them when to turn on the controllers, about 10 minutes from the start of the performance. Each device then used its GPS position to calculate its distance from the pre-programmed audience location, and computed how many seconds ahead it had to play its horn for the sound to be heard in time on the shore. The controllers then waited for a pre-programmed time to start playing their individual foghorn notes. The cool thing about the idea was that no communication was required – it was all based on time. Check out the video of the making of the Foghorn Requiem after the break, and here’s a link to the audio track of the final performance.

This is a slightly different approach compared to the Super Massive Musical Instrument that we posted about earlier.

16 thoughts on “The Foghorn Requiem”