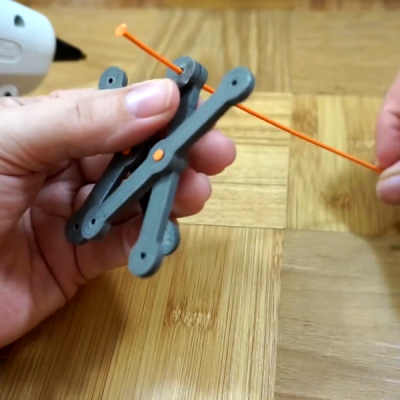 We’re just going to say “go check out her YouTube channel” and we figure that’ll take care of most everything else. There’s an excellent bamboo-skewer marble drop, and an automatic six-guitar musical machine, and… You’re still here? Go check out her channel.