Native MJPEG Streaming — If Your Network is Fast

The next streaming tool I turned to was a Microsoft Lifecam VX-2000, which natively provides an MJPEG output at up to 640×480 resolution. This led me to a tool known as MJPEGStreamer. By using a tool dedicated to streaming in that format, I would avoid any time-intensive transcoding of the webcam video that could introduce latency into the stream. At first, it looked like this might be a perfect solution to my issues. Once installed on the Raspberry Pi, MJPEGstreamer can be accessed remotely through a web interface, upon which it presents the stream. 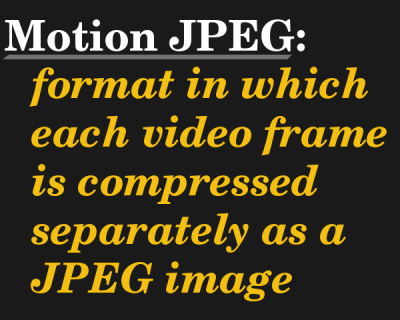 To measure latency, I downloaded a stopwatch app on my phone. I held the phone next to the screen displaying the video stream over WiFi. By then filming the phone & the stream with another camera, I could check the recording and see the difference between the time on the stopwatch, and the time displayed on the stream.

Latency was under 500ms, which I considered acceptable. However, there was a problem. MJPEGstreamer didn’t handle low speed connections well. The software insisted on sending every frame no matter what, so if the connection hit a rough patch, MJPEGstreamer would wait until the frames were sent. This meant that while initial latency was 500ms, it would blow out to several seconds in just a few minutes of running the stream. This simply wouldn’t do, so I resumed my search.

Gstreamer is the Swiss Army Knife of Streaming

I eventually came across a utility called Gstreamer. It’s a real Swiss Army knife of video streaming tools, rolled up into an arcane command-line utility. Gstreamer is configured by the use of “pipelines”, which are a series of commands specifying where to get video from, how to process and encode it, and then where to send it out. To understand how this works, let’s take a look at the pipelines I used in my low-latency application below.

Let’s look at the Raspberry Pi side of things first. This is the GStreamer command I used:

Let’s break this down into sections. “gst-launch” refers to the gstreamer executable. The “-v” enables verbose mode, which tells Gstreamer to tell us absolutely everything that’s going on. It’s useful when you’re trying to troubleshoot a non-functioning stream. “v4l2src” tells Gstreamer we want it to grab video from a video capture source, in our case, a webcam using the Video4Linux2 drivers. The following section indicates we want to grab the JPEG frames straight from the camera in 160×120 resolution, at 30 frames per second. “rtpjpegpay”encodes the JPEG frames into RTP packets. RTP stands for “Real-time Transport Protocol”, and is a standard for streaming audio and video over IP networks. Finally, the “udpsink” command indicates we want to send the RTP stream out over a UDP connection to the host at 192.168.2.3 on port 5001.

Now let’s take a look at the receiving end of things. For viewing the stream, I used a Windows 10 laptop, and initial testing was done over WiFi. Here’s the pipeline:

gst-launch-1.0.exe refers to the executable, and the “-v” switch functions identically here. “-e” tells the remote machine to stop sending video when we stop viewing the stream. This time, we are using “udpsrc”, as we want to grab the RTP stream that’s coming in on port 5001. We have to tell Gstreamer that it’s looking at an RTP stream in JPEG format, which is what the application, encoding name, and payload commands do. “rtpjpegdepay” then unpacks the RTP stream into individual JPEG frames, which are then decoded by “jpegdec” and sent out to the screen by “autovideosink”.

This might seem straightforward, but it can take a lot of experimentation to get a working pipeline on both ends. It can often be very confusing to figure out if an issue is on the sending or receiving end. Something as simple as using a receiving computer with a different graphics card can completely stop a pipeline from working, and different plugins or video sinks will be required. I had this issue when my laptop switched between its Intel and NVIDIA graphics cards. Thankfully, plugins like “videotestsrc” and “testsink” can be used for troubleshooting.

Overall, performance is great. Measured latency was consistently under 300ms, even when switching to a 4G cellular data connection. On a good day, I can comfortably use the stream at up to 320×240 resolution without issues. I suspect that sending JPEG frames is highly inefficient, and I’d like to try sending an H264 stream instead.

While some Raspberry Pis do have hardware H264 encoding on board, I’d prefer to start with a native stream for maximum performance. I’ve ordered a 1080P camera that uses the Pi camera interface, and I can’t wait to start experimenting.

Fundamentally, Gstreamer turned out to be the right tool for the job for a number of reasons. Firstly, it’s open source and based around a highly flexible plugin architecture. Secondly, it’s lightweight, and readily drops frames so the receiving machine is always displaying the latest image. It’s difficult to get to grips with, but when it works, it works.

For a more thorough tutorial on setting up Gstreamer with various setups, I can highly recommend this article by Einar Sundgren, which taught me much of what I needed to know. Below, I’ve attached a video of my remote vehicle escapades, courtesy of the Pi Zero, Gstreamer, and long nights spent hacking with a few cold beers.

Lastly, I’d also love to hear from the wider community – what’s your favoured way to run a low latency webcam stream with the Raspberry Pi? Tell us in the comments below!