If you’re in the mood to track satellites, it’s a relatively simple task to look up one of a multitude of websites that can give you a list of satellites visible from your location. However, if you’re interested in using satellites to communicate with far-flung friends, you might be interested in this multi-point satellite tracker.

[Stephen Downward VA1QLE] developed the tracker to make it easier to figure out which satellites would be simultaneously visible to people at different locations on the Earth’s surface. This is useful for amateur radio, as signals can be passed through satellites with ham gear onboard (such as NO-44), or users can even chat over defunct military satellites.

[Stephen] claims the algorithm is inefficient, but calculations are made in a matter of a few seconds, so we’re not complaining. While it was originally designed for just two stations, it works with a near-infinite number of points. [Stephen] recommends verifying the tracks with another tool once calculated to ensure accuracy. The tool is accessible here, and the code is up on GitHub for your perusal.

Perhaps now you need a cost-effective satellite-tracking antenna? [Paul] has you covered.

The bane of math students everywhere is the teacher asking for you to show your work. If you’ve grown up where a computer is a normal part of school work, that might annoy you since a lot of tools just give you an answer. We aren’t suggesting you cheat at homework, but we did notice that Wolfram Alpha now shows more of its work when it solves many common math problems.

Granted, the site has always shown work on some problems. However, a recent update shows more intermediate steps and also covers more kinds of problems in a step-by-step format. There are examples, but be aware that for general use, you do need to upgrade to pro (about $6 a month or less if you are student or teacher).

END_OF_DOCUMENT_TOKEN_TO_BE_REPLACED 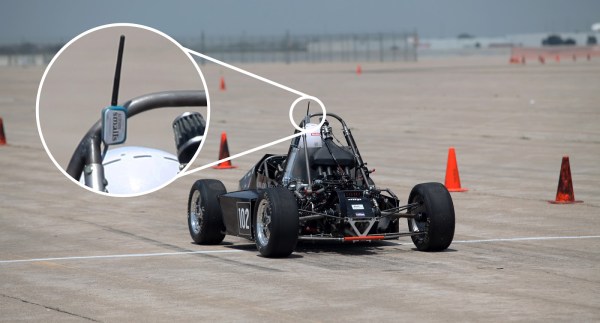 [William Osman] set out to prove that unlike expensive commercial data logging rigs, he could get the same results for under twenty bucks. He wanted to build a wireless three-axis accelerometer for a race car project, allowing engineers to make modifications to the suspension based on the data collected.

The telemetry system is based on COSMOS, an open-source, realtime datalogging platform put out by Bell Aerospace. COSMOS consists of fifteen separate applications depending on how you want to view and manage your telemetry. You can download [William]’s COSMOS config files and Arduino sketch on Google Docs.

We’ve published a bunch of pieces on telemetry, like this ESP8266 telemetry project, a rocket telemetry rig, and open sourcing satellite telemetry. 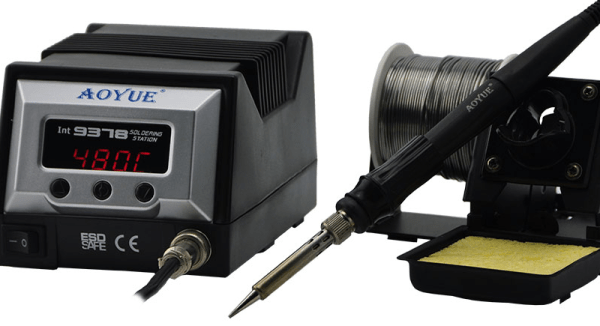 [Joshua] has frequent discussions about his soldering techniques with viewers of his YouTube channel. He finally decided to interview [Randy Rubinstein] who is the president of SRA Soldering. In nearly an hour, they talk about everything from solder alloys to proper temperature. They also talk about lead exposure, flux cleaning, and lead-free solder.

They also talk about strategies for rework with lead-free and using special solder for removing SMD components. Honestly, although the first frame of the video says “your solder sucks,” we didn’t really find any earth-shattering revelations about something everyone’s doing wrong. We did, however, find a lot of good advice and some interesting details about things like the uses for different solder alloys.

END_OF_DOCUMENT_TOKEN_TO_BE_REPLACED

The Nokia 3210 is the greatest cell phone ever made. The battery lasted for days, custom color covers were available at every mall kiosk, it had the Snake game, and the chassis for this phone was finely crafted out of the crust of neutron stars. It was indestructible; it is the reason we now appreciate technology over more impermanent concepts like relationships and love.

For his Hackaday Prize entry, [Bastian] is bringing the Nokia 3210 into this century. He’s designing a circuit board with the same footprint, the same button layout, and a better screen that drops right into the lovely plastic enclosure of the 3210.

The current BOM for the upgraded 3210 includes an STM32 F7 microcontroller, which is more or less the current top of the line ARM micro you can get. For wireless, [Bastian] is using an A7 GSM/GPRS module and an ESP8266 for a little bit of WiFi. For a dumbphone, this is ludicrously overpowered. Provided [Bastian] gets a prototype up and running, there will be some interesting applications for a device this powerful in a package this indestructible.

One of the things [Bastian] has been butting his head against with this project is KiCad. Microvias don’t work like they should in KiCad — they’re restricted to the outer layers only. This is a problem for routing a complex board like this, so [Bastian] wrote a patch that gives KiCad an ‘I know what I’m doing mode’ for microvias everywhere.

This is truly the spirit of The Hackaday Prize: not only is [Bastian] building something ridiculous, he’s also creating the tools to do it.

By the time colour TV came to the United Kingdom, it was old news to Americans. Most of the viewing public on the Western side of the Atlantic had had the opportunity to see more than black-and-white images for years when in 1967 the BBC started transmitting its first colour channel, BBC2.

For Americans and continental Europeans, the arrival of colour TV had been an incremental process, in which the colour subcarrier had been added to their existing transmission standard. Marketed as “compatible color” to Americans, this ensured that their existing black-and-white TV sets had no need for replacement as the new transmissions started.

The United Kingdom by contrast had been one of the first countries in the world to adopt a television standard in the 1930s, so its VHF 405-line positive-modulation black-and-white services stood alone and looked extremely dated three decades later. The BBC had performed experiments using modified round-CRT American sets to test the feasibility of inserting an NTSC colour subcarrier into a 405-line signal, but had eventually admitted defeat and opted for the Continental 625-line system with the German PAL colour encoding. This delivered colour TV at visibly better quality than the American NTSC system, but at the expense of a 15-year process of switching off all 405-line transmitters, replacing all 405-line sets, and installing new antennas for all viewers for the new UHF transmissions.

Such a significant upgrade must have placed a burden upon the TV repair and maintenance trade, because as part of the roll-out of the new standard the BBC produced and transmitted a series of short instructional animated films about the unfamiliar technology, which we’ve placed below the break. The engineer is taken through the signal problems affecting UHF transmissions, during which we’re reminded just how narrow bandwidth those early UHF Yagis must have been, then we are introduced to the shadowmask tube and all its faults. The dreaded convergence is introduced, as these were the days before precision pre-aligned CRTs, and we briefly see an early version of the iconic Test Card F. Finally we are shown the basic procedure for achieving the correct white balance. There is a passing reference to dual-standard sets, as if convergence for colour transmissions wasn’t enough of a nightmare a lot of the early colour sets incorporated a bank of switches on their PCB to select 405-line or 625-line modes. The hapless engineer would have to set up the convergence for both signals, something that must have tried their patience.

The final sequence looks at the hand-over of the new set to the customer. In an era in which we are used to consumer electronics with fantastic reliability we would not be happy at all with a PAL set from 1967. They were as new to the manufacturers as they were to the consumers, so the first generation of appliances could hardly have been described as reliable. The smiling woman in the animated film would certainly have needed to call the engineer again more than once to fix her new status symbol.

END_OF_DOCUMENT_TOKEN_TO_BE_REPLACED

You’ve surely seen the TS-100 soldering iron. It has an OLED display, an ARM processor, and will run with an external battery pack. They are not too pricey, but at $80 or so they aren’t exactly an impulse buy, either. [Drone Camps RC] used one in the field and decided to try a Hakko FX-901 instead. He did a video review that you can see below.

The FX-901 is about half the price of a TS-100. Granted, it doesn’t have a fancy display and you can’t hack it to play Tetris. However, it does take batteries (including rechargeable) without an external pack. The manufacturer claims up to two hours of use and that it will melt solder in 40 seconds. From the video, the iron actually melted solder in under 30 seconds. The two hours, by the way, is with rechargeables. Alkaline AA batteries should give about 70 minutes of operation.