While working on a project recently, I required a capacitor of around 1000 μF and went rummaging through my collection of parts. No luck there. At that point I’d usually go through my collection of junk electronics and computer motherboards, but I had recently gone through and tossed the stuff that had been laying around for as long as I could remember. No matter, I thought. I’ll just head over to RadioShack and…

Now, I have been accused of many things over the years, but “deep” is certainly not one of them. Yet, at this moment I had what could only be described as an existential crisis. There is no RadioShack, not in my state at least. I don’t live in an area that’s blessed with a maker “scene”, so no independent shop or even a hackerspace within reasonable driving distance of me either. I could order it online of course, but everyone’s trying to sell them in bulk and shipping will take a few days at least. A few days? Who knows where my interests will be in a few days. How can I get anything done under these conditions?

Desperate times call for desperate measures, so I got in the car and took a ride to the only place I knew where I could by electronic components for cheap: Goodwill. END_OF_DOCUMENT_TOKEN_TO_BE_REPLACED 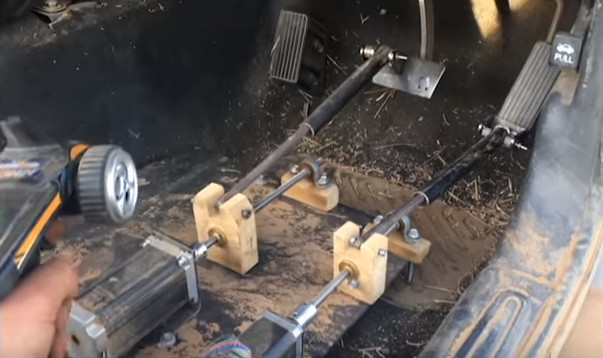 END_OF_DOCUMENT_TOKEN_TO_BE_REPLACED

How’s it going with your project for the coin cell challenge? You can only use a single one, but Hackaday alum [Jeremy S Cook] has a great way to package coin cells into a sleek little power packs whether you need one, two, or even four.

[Jeremy] is building a wireless Wii nunchuk, so he needs a small battery that won’t short out or get punctured in the confines of the controller body. A single coin cell holder is already a bit bulky, and he needs to use two in series. He thought, why not try shrink wrapping them together? The only downside here is that the biggest tube that came with your average heat shrink multi-pack is probably a bit too tight to fit around them, so you might have to buy more (aw, shucks!).

After trying a few ways to make a good connection between the leads and the bare coin cell faces, [Jeremy] settled on generously stripping stranded wire and wrapping the long strands around the end to form a conductive swab. This slides in nicely between the coin cell and preshrunk tube. A little more heat will make a good connection, and some hot glue secures the wires. Click past the break for his build video and the other connection methods he tried. Have you come up with something better? Let us know in the comments.

Stray a bit further from the bench and you might come up with something like this googly eye battery holder we saw a few months ago.