How does a design go from the computer screen to something you hold in your hand? Not being able to fully answer this question is a huge risk in manufacturing because . One of the important tools engineers use to ensure success is Geometric Dimensioning and Tolerancing (GD&T).

A good technical drawing is essential for communicating your mechanical part designs to a manufacturer. Drafting, as a professional discipline, is all about creating technical drawings that are as unambiguous as possible, and that means defining features explicitly. The most basic implementation of that concept is dimensioning, where you state the distance or angle between features. A proper technical drawing will also include tolerances for those dimensions, and I recently explained how to avoid the pitfall of stacking those tolerances.

Dimensions and tolerances alone, however, don’t tell the complete story. On their own, they don’t specify how closely the geometric form of the manufactured part needs to adhere to your perfect, nominal representation. That’s what we’re going to dig into today with GD&T.

Having the Perfect Part Fabricated

Imagine you’re drafting the simple cylindrical part on the left. You would, at the very least, specify the length and diameter of the cylinder. If you’re thorough—and you should be—you would also include the acceptable tolerances for each of those.

The problem is that the cylinder may not end up perfectly round, and the flat end surfaces may not be perfectly perpendicular to the axis of the cylinder. The finished part could match your drawing, but still be ruined by an oblong shape or an angled faces. Even with tight tolerances, your part could end up looking like the part on the right (which I’ve dramatically exaggerated for illustration purposes).

The reason for the potential discrepancy is that manufacturing is imperfect. The part may have been turned on a poorly maintained lathe, which caused the oblong profile. A long cylinder could have been divided up into many pieces with your specified length using a bandsaw, but maybe the blade was worn and it drifted during the cut. For those reasons, it can be important to explicitly state what the geometric form needs to be, in addition to the basic dimensions.

Like everything else related to drafting, the specifics of Geometric Dimensioning and Tolerancing vary between different sets of standards. But, the general concepts are universal. GD&T gives you the ability to define the three-dimensional form of your parts with various “controls.” Really, they’re just geometric tolerances, but I’m going to refer to them as controls in this article in order to avoid confusion with the standard dimensional tolerances you’re probably used to.

The Circularity (or Roundness) control, for example, would let you tell the manufacturer how close to perfect the circular profile of your cylinder needs to be. If you said it needed a Circularity of 0.01 mm, that means a dial indicator run around the cylinder won’t show a difference of more than 0.01 mm between the highest and lowest points.

As you can imagine, GD&T is a very powerful tool for ensuring that a manufacturer fabricates your parts to your standards. It’s also a complicated one, which is why it’s not used as often as it should be. In many situations, you can probably get away with skipping GD&T. But, you’re opening yourself up to the potential of receiving parts that technically meet your specs, and yet are unusable. That’s particularly true if your design requires precision parts. GD&T protects you from sloppy manufacturing, so long as you know how to use it. So, let’s take a look at some of the common controls you can use.

Often referred to as “True Position,” this is basically the GD&T equivalent of specifying the coordinates of something like a hole with basic linear dimensions and tolerances. You define the location with linear dimensions from reference surfaces, and allow for some variation with the Position control. In the case of a hole, that variation is a circular envelope around that nominal location.

Not only does Position have more uses than a standard linear dimension tolerance, it also differs slightly in what it allows. A location defined by two linear dimensions with tolerances will result in a square “zone” of acceptability. The Position control, in the hole example, makes that zone circular.

The most basic of the GD&T controls, Straightness is exactly what it sounds like: how straight an imaginary line on a surface should be. This applies to only the surface that you call out. If you have a long square aluminum extrusion, this will define how much it can move in and out along a single axis. It can also be used for the Straightness of a part’s center axis.

Flatness is very similar to Straightness, except that it applies to an entire surface. A dial indicator moved to any position on that surface would need to fall within the tolerance you specify. Flatness is especially useful for machines like mills or 3D printers where the work surface cannot be warped at all.

This defines how close to parallel two theoretically straight lines should be. If you controlled the Straightness of one surface of your square aluminum extrusion, you might use Parallelism to control the surface on the opposite side. Parallelism is essential for many linear motion systems. 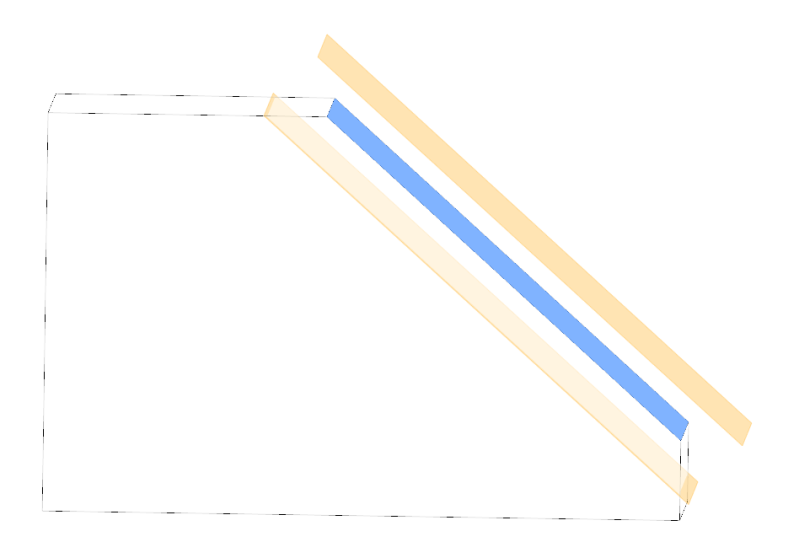 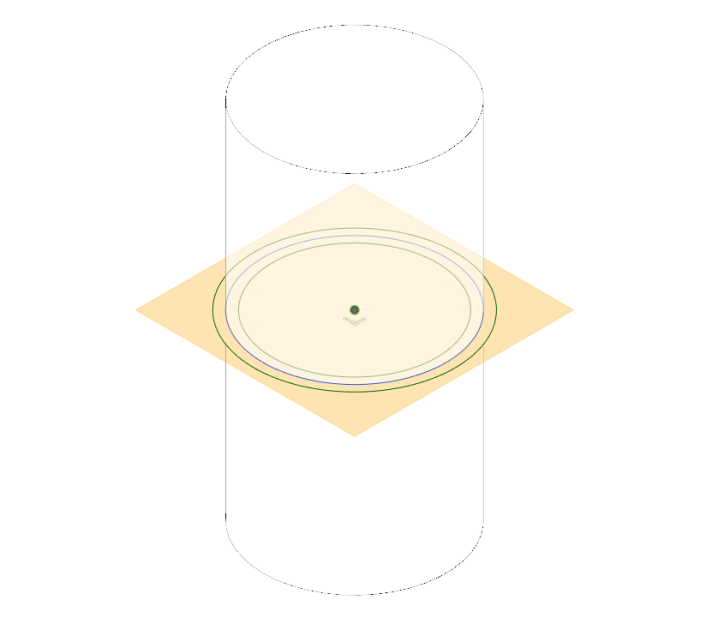 As discussed above, Circularity is a control for the roundness of a feature. That may be the outside surface of a cylinder, or the inside surface of a hole. In both cases, it’s a measure of how close the profile is to a perfect circle. It’s important to note that this only applies to a single two-dimensional cross section of the part. This is useful for any round part, but especially those that need roll against another surface.

In the cylinder example, what we actually want is a set of GD&T controls specifying its Circularity, Straightness, and the Perpendicularity of the end faces. Because cylinders are so common in manufacturing, Cylindricity covers all of those in a single control. The tolerance defines two imaginary cylinders, one inside and one outside of the nominal, which the manufactured part must fit between. 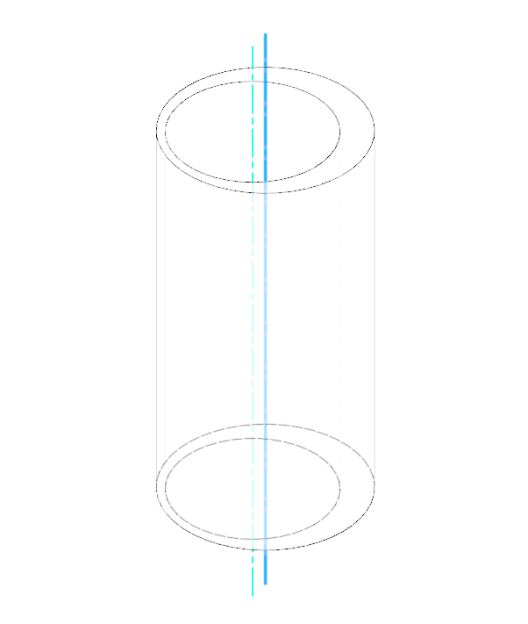 Imagine that solid cylinder was actually a tube. Concentricity lets you ensure a consistent wall thickness by specifying how close the center axis of the inner cylindrical surface needs to be to the center axis of the outer cylindrical surface. If they were far apart, you’d have a thick wall on one side and a thin wall on the other. Concentricity keeps those axes within a distance you provide in order to avoid that. A wheel’s hub, for instance, needs to be very concentric relative to the outside rim.

When to Use GD&T

If you’ve read this far, you’re probably in a state of information overload right now. Implementing GD&T takes a lot of extra work, and it can be difficult to keep track of all of the different types of controls. In addition to the ones listed above, there are other, less common, ones that handle profiles. There are also a couple that are intended specifically to constrain run-out. It can be a lot to wrap your head around, but the good news is that very few people in the real world are expecting you to use GD&T for every feature of every part.

GD&T is just a system for ensuring a part meets standards, and you’re the one who gets to decide what those standards are for your creations. If you simply need to have a sheet metal enclosure for an electronic device you’re selling on Tindie, it probably doesn’t matter if one of the surfaces deviates half a millimeter from perfect flatness. In many industries, even professional drafters skip GD&T unless it’s absolutely necessary.

But, occasionally, it will be necessary, and you should be aware of the basic concepts involved. The next time you draft a technical drawing, take the time to consider which features are important to the functionality of your part. Then, imagine if that functionality were put at risk by unexpected deformities in the geometric form of the feature. If that’s a possibility, take advantage of GD&T in order to ensure that the manufacturer meets your expectations.

18 thoughts on “How Precise Is That Part? Know Your GD&T”