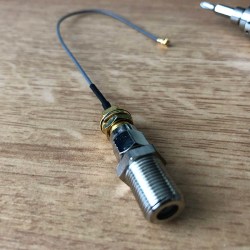 66 thoughts on “Wired Wireless Over Coax”