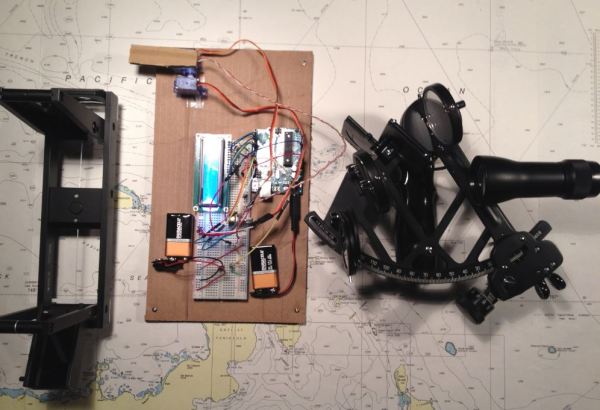 The ability to build a robot to take care of a tedious task for you is power indeed. For a few centuries, the task of helping determine one’s location fell to the sextant. Now, you can offload that task to this auto-sextant, courtesy of [Raz85].

To be clear, this robo-sextant doesn’t give you your exact location, but it does find and display the bearing and altitude of the most luminous object around and display them on the LCD — so, the sun and moon. A pair of cheap servos handle the horizontal and vertical movement, an Arduino Uno acts as the brains and nervous system, and a photoresistor acts as the all-seeing eye. Clever use of some cardboard allow [Raz85] to keep the photoresistor isolated from most all light except what the sextant is currently pointed at. Servos have a limited field of movement, so you might need to adjust [Raz85]’s code accordingly if you’re rebuilding this one yourself.

After taking three minutes to make its rounds of the sky, the Uno records the servos’ positions when fixed on the sun or moon, translating that data into usable coordinates. Don’t forget the best part, it runs on batteries making it convenient for all your wave-faring excursions!

END_OF_DOCUMENT_TOKEN_TO_BE_REPLACED 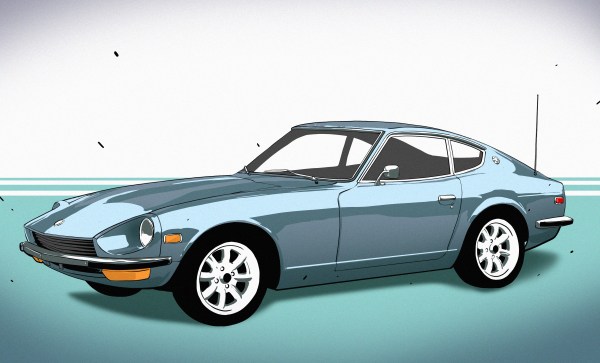