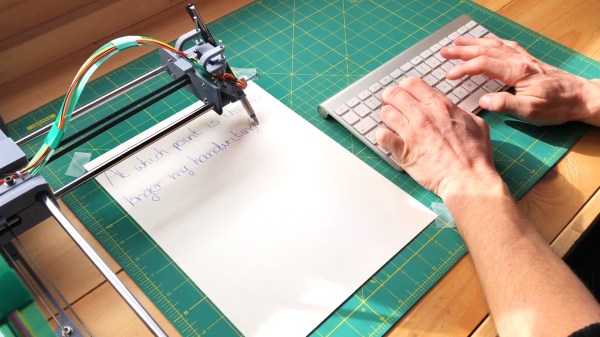 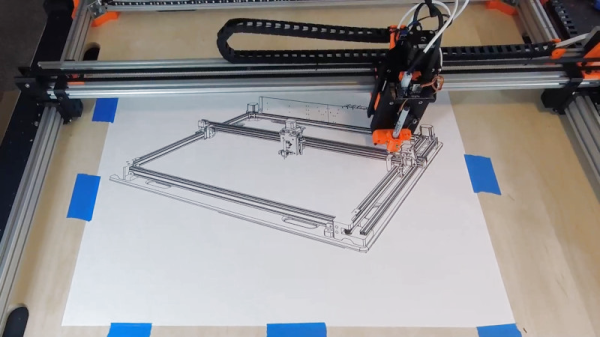 The CNC bug is a familiar ailment in these parts. Often, patients present with persistent obsession with computer controlled machinery, most commonly after initial contact with gateway hardware such as 3D printers or basic plotters. Once diagnosed, there is no cure – simply the desire to build, and build again. [Adam Haile] knows this all too well, and built the Cyberplotter in service to the affliction.

The Cyberplotter is the culmination of [Adam]’s CNC wishlist – a two-axis build with a seriously large build area, and the capability to mount a whole bunch of different tools for different jobs. With a work area of up to 800mm x 750mm depending on what’s mounted, it can produce some seriously big output. With a Smoothieboard 5X running the show, [Adam] does all kinds of neat hacks to make the system play with different gadgets on the business end. There’s a laser for engraving, and a top-notch pen plotter featuring a high-quality linear rail for precise movement. But the fun doesn’t stop there – [Adam] goes so far as mounting a Z-axis, camera, and even a Sharpie-based airbrush which we’d never even contemplated before.

It’s not [Adam]’s first build, and past experience shines through here – armed with prior knowledge, the build does many things well without compromising on outright capability. You may find [Adam]’s name familiar – we’ve featured his Engravinator on these pages before. Video after the break.

END_OF_DOCUMENT_TOKEN_TO_BE_REPLACED 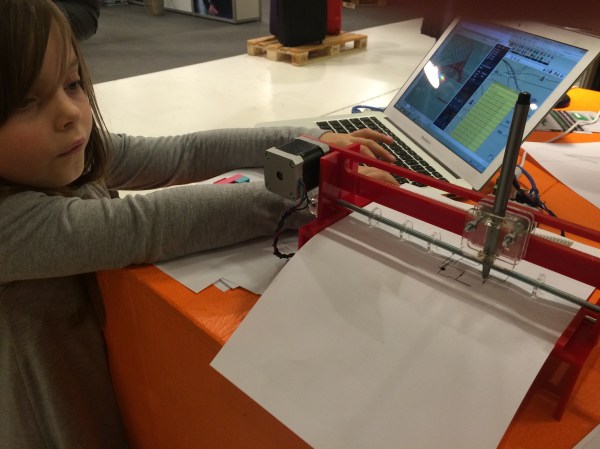 [Morten] has been busy recently making a pen plotter. It is a simple and elegant build that he completely designed from the ground up. There are no extra frivolous parts here. The frame is made from laser-cut plexiglass which makes fabrication easy if you have access to a laser cutter. Two NEMA17 motors are responsible for the machine’s movement. One moves the pen carriage back and forth by way of a belt. The other is connected by laser-cut gears to a roller bar, scavenged from an ink jet printer, that moves the paper media forward and aft underneath the pen.

The software chain used here is sort of uncommon compared to other inexpensive DIY CNC machines we see here on Hackaday. [Morten] creates his geometry with Rhino, then uses a plugin called Grasshopper to generate the g-code that controls the machine. That g-code is sent using gRemote to an Arduino flashed with the contraptor.org g-code interpreter. A RAMPS board takes the step and direction signals generated by the Arduino and moves the two stepper motors appropriately.

In typical open-supporting fashion, [Morten] has made his design files freely available for anyone to download. His plotter moves the pen side to side and the paper front to back in order to draw shapes but that’s not the only way a plotter can work. Check out this polar plotter and this one that hangs.

Check out the video after the break…

END_OF_DOCUMENT_TOKEN_TO_BE_REPLACED 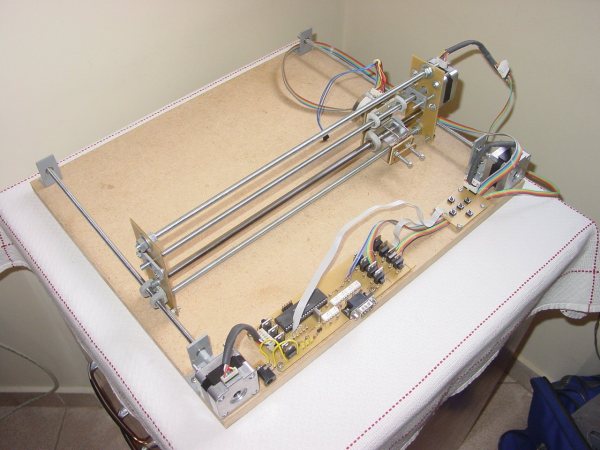 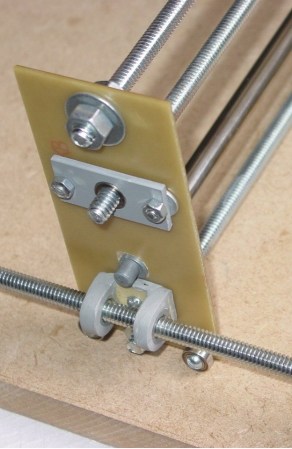