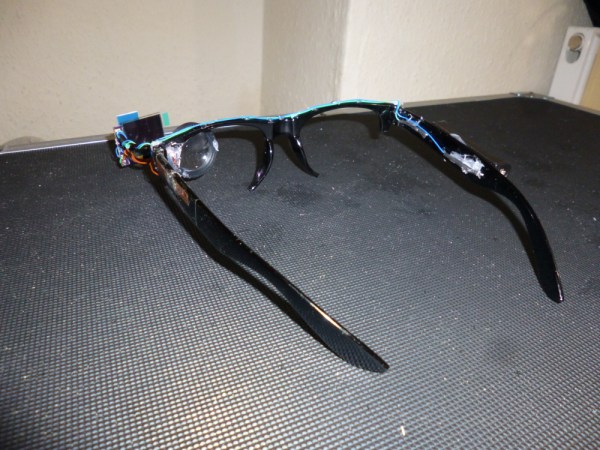 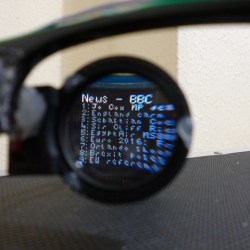 [Roman Rolinsky] wanted to try to do something interesting with his Raspberry Pi and a 2.4″ LCD he had laying about… So he made a rather bulky version of Google Glass.

We’ve seen a few examples of home brew Google Glass before, or even real-life subtitle glasses used for translation on the fly, but what we really like about [Roman’s] project (besides the fact he hosted it on our very own awesome project hosting site) is that he’s put together the projection system himself out of basic components.

To create the HUD, he’s using a semi-transparent mirror which he took out of a game of Khet 2.0 called the Eye of Horus Beamsplitter — which is a really cool real-life puzzle board game like those games where you have to reflect the laser to solve a puzzle. He’s then using a 3x Fresnel magnification lens which is placed over top of his 2.4″ LCD in a 3D printed enclosure. This magnifies and reflects the image onto the mirror which is placed directly over his eye, allowing for a see through display.

Stick around after the break to see a video of the Raspberry Eye in action!