Peter Sripol really likes building gravity defying death traps. He recently flew the fourth ultralight, which he designed and built himself. For a taste of what’s going on here, the wings have aluminum tube spars and are made of hot-wire-cut styrofoam sections.

To keep the plane simple, he got rid of ailerons entirely. For roll stabilization he angled up the wings noticeably, adding dihedral. This gives the aircraft passive stability, because as it rolls to a side, the upper wing’s lift decreases and the lower wing’s lift increases, forcing the plane to correct itself. Interestingly he kept the rudder controls on pedals instead of moving it to the stick, so the stick only controls the elevator.

It is powered by a single large brushless electric motor borrowed from the OpenPPG project. On the first test he used a two-bladed propeller, with a small pitch angle which required full throttle to keep flying. It can be compared to driving a car only in first gear. By moving to a three bladed propeller with a higher pitch angle, and increasing the length of the wings for more lift, [Peter] was able to cruise comfortably at about 30 MPH or 48 km/h.

Although this aircraft definitely performed better than [Peter]’s previous ultralight builds, piloting something like this isn’t for the faint of heart. Although he does extensive weight-loading and thrust testing before taking to the air, adding tail weight to piloted aircraft by simply taping a water bottle to the tail just felt wrong. But we aren’t aviation experts, so we won’t pass final judgement. 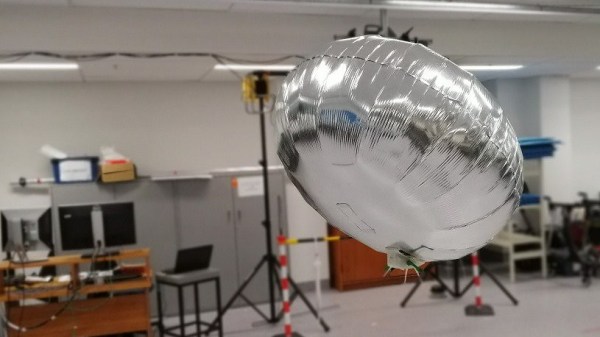