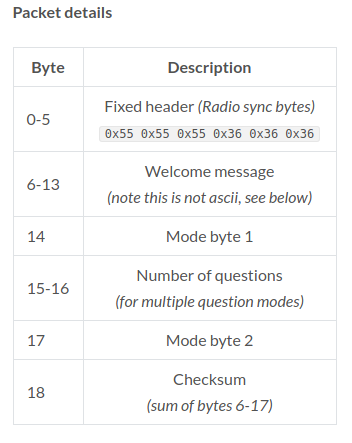 When schools and universities have hundreds of students in a lecture course, they need a way to tell alumni and other potential benefactors that faculty/student relations are just as good as they were in the 1960s, when enrollment was just a fraction of current levels. Technology solves all problems, apparently, so administrators of these universities turn to ‘clickers’ – radio frequency remotes used to take attendance and administer quizzes.These clickers have absolutely no security, so it’s no surprise [Taylor Killian] was able to emulate one of these clickers with an Arduino allowing anyone with a laptop to cheat on a quiz, or have an entire class show up with only one student in the room.

Previously [Travis Goodspeed] (thanks for sending this in, [Travis]) tore apart one of these clickers – a TurningPoint ResponseCard RF – and discovered it uses a Nordic nRF24L01 wireless transceiver, commonly available on eBay for about two dollars.

[Taylor] connected this wireless module to an Arduino and whipped up a bit of code that allows him to listen to the audience responses, respond to a question as either a single clicker or all clickers, automatically respond with the most popular answer, and even block all audience responses to each question.

Perhaps technology doesn’t solve every problem, but at least [Taylor] learned something from a glorified remote control sold at the bookstore at an insane markup. If you are currently attending college, the odds are that you are familiar with iclicker classroom remotes. If you have one of these, you might also be aware that they tend to be flaky at times, particularly when it comes to powering on. [Todd] received a few “broken” iclickers lately and has found an easy to fix design issue that might possibly save yours (and others) from the trash heap.

When he started pulling the units apart to diagnose them, he noticed that something with the battery contacts was not quite right. They are held in place by the device’s plastic shell which is pretty common, however in the iclicker, the portion of the plastic case that holds the positive battery contact is too big, preventing some batteries from making a complete circuit.

Now you might be thinking to yourself that AA batteries are all the same, but they are not necessarily created equal. Through a small bit of testing, [Todd] found that many different batteries experienced intermittent connectivity issues depending on the height of the positive terminal, and that due to their design, Duracell batteries flat out didn’t work. With the careful removal of a portion of the plastic surrounding the positive contact, [Todd] was able to fix each of his “broken” remotes.

He hopes that this information helps some people resurrect their non-functioning units, because a few minutes work sure beats buying another $30 iclicker.