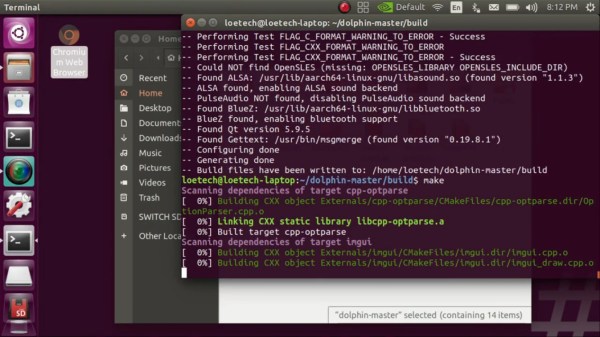 [LOE TECH] has made a habit of trying out various emulation methods on his Nintendo Switch and recording the results for our benefit. Of that testing, some of the best performance he’s seen makes use of the Dolphin emulator running in Ubuntu Linux, and he has made a tutorial video documenting how to build the project, as well as how to make some performance tweaks to get the most out of the mod.

We love seeing Linux run on basically anything with a processor. It’s a classic hack at this point. Nintendo has traditionally kept its consoles fairly locked down, though, even in the face of some truly impressive efforts; so it’s always a treat to see the open-source OS run relatively smoothly on the console. This Ubuntu install is based on NVIDIA’s Linux for Tegra (L4T) package, which affords some performance gains over Android installations on the same hardware. As we’ve seen with those Android hacks, however, this software mod also makes use of the Switchroot project and, of course, it only works with specific, unpatched hardware. But if you’ve won the serial number lottery and you’re willing to risk your beloved console, [LOE TECH] also has a video detailing the process he used to get Ubuntu up and running.

Check out the video below for a medley of Gamecube game test runs. Some appear to run great, and others, well… not so much. But we truly appreciate how he doesn’t edit out the games that stutter and lag. This way, we get a more realistic, more comprehensive overview of unofficial emulation performance on the Switch. Plus, it’s almost fun to watch racing games go by in slow motion; almost, that is, if we couldn’t empathize with how frustrating it must have been to play.

END_OF_DOCUMENT_TOKEN_TO_BE_REPLACED 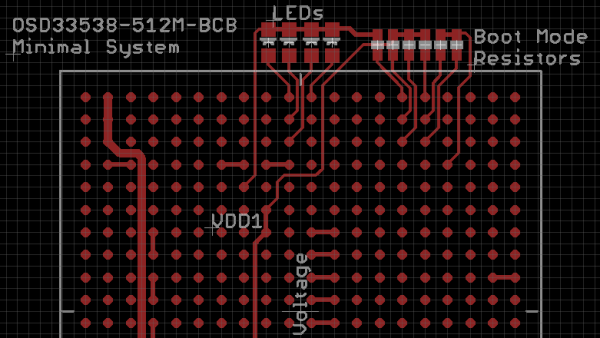 One of the three top winners in our circuit sculpture contest was a wireframe Z80 computer. There’s quite a jump from a Z80 to an Octavo SC335x, but we’ve already seen one effort by [Zach] over Supercon 2018 weekend to build a deadbug computer with an Octavo module. It won’t be long before someone one-ups this minimalist LED blinker with something more sophisticated and we can’t wait to see it. END_OF_DOCUMENT_TOKEN_TO_BE_REPLACED

Arduino is the perfect introduction to microcontrollers and electronics. The recent trend of powerful, cheap, ARM-based single board Linux computers is the perfect introduction to computer science, programming, and general Linux wizardry. Until now, though, Arduino and these tiny ARM computers have been in two different worlds. Now, finally, there are nightly builds of Arduino IDE on the Raspberry Pi and other single board Linux computers.

The latest Arduino build for ARM Linux popped up on the arduino.cc downloads page early this week. This is the result of an incredible amount of work from dozens of open source developers across the Arduino project. Now, with just a simple download and typing ‘install’ into a terminal, the Arduino IDE is available on just about every single board Linux computer without having to build the IDE from source. Of course, Arduino has been available on the Raspberry Pi for a very long time with sudo apt-get install arduino, but this was an older version that cannot work with newer Arduino boards.

Is this distribution of the Arduino IDE the same you would find on OS X and Windows? Yep, everything is the same:

While this is really just arduino.cc improving their automated build process and putting a link up on their downloads page, it does make it exceptionally easy for anyone to set up a high school electronics lab. The Raspberry Pi is almost a disposable computing device, and combining it with Arduino makes for a great portable electronics lab.