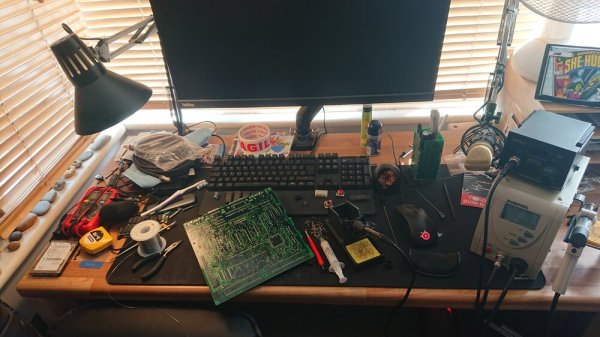 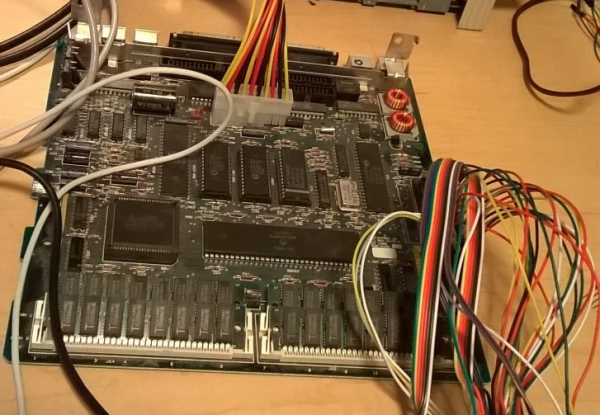 The OSX computer runs a simple app that can make a request to the discovery board via USB. When the board receives the request, it sends its local frame buffer data over the USB connection and back to the host. The OSX computer then displays that data in a window using CGImage. The demo video below was captured using this technique. END_OF_DOCUMENT_TOKEN_TO_BE_REPLACED

Inspired by the Palm Lifedrive in the previous retro roundup, [Bobby] dug out his Palm TX and loaded up the retro edition with the Blazer browser. Given this device has WiFi and a browser, it’s not much, but [Bobby] did run in to a bit of a problem: Palm never released WPA2 for personal use, and this device’s WPA abilities are buried away in a server somewhere. Interesting that a device that’s relatively young could run into problems so easily.

How about another Palm? [nezb]’s first smartphone, back in 2003, was a Treo 600. He dug it out, got it activated (no WiFi), and was able to load the retro edition. Even the Palm-optimized edition of Slashdot works!

How about some Xenix action? [Lorenzo] had an Olivetti 386 box with 4MB of RAM with Xenix – Microsoft Unix – as the operating system. The connection was over Ethernet using a thinnet card. Here’s a video of it booting.

[Eugenio] sent in a twofer. The first is a Thinkpad 600, a neat little laptop that would make for a great portable DOS gaming rig. It’s running Mandrake Linux 9, his very first Linux. Next up is the venerable Mac SE/30 with a Kinetics Etherport network card. It’s using a telnet client to talk to a Debian box.

Here’s one that was cool enough for its own post: [Hudson] over at NYC Resistor salvaged an old Mac SE with a BeagleBone Black connected to the CRT. This effectively turns the SE into a modern (if low powered) ARM Linux box. Emulators are always an option, though, as is loading our retro edition in xterm.

Links to the pics below, and you’re always welcome to dust off your old boxxen, fire it up, and load up the retro edition. It’s new and improved! Every half hour or so, five classic hacks from the first 10,000 Hackaday posts are converted to pure HTML. Take a pic and send it in.

END_OF_DOCUMENT_TOKEN_TO_BE_REPLACED Sure, you could make it into a web server, but [markie] sent me his Mac SE/30 visualizer. It was inspired by another’s mac mod, but he was kind enough to write up an entire how-to. The audio signal was run directly into the deflection coils on the macs tubes. The mod is so simple, I might have to pick one up just for CRT experimentation.

[The next regular podcast cometh, but It’s delayed by my cold.]