Since the ESP8266 came on the scene a few years ago and revolutionized the way microcontrollers communicate with other devices, incremental progress on this chip has occurred at a relatively even pace. First there was the realization that code could be run on the chip itself. Next the ESP32 was released which built more on that foundation. The next step in that process of improvement may be here now as well, with this project which turns the ESP32 into a USB host.

USB is not a native feature on all microcontrollers or even Arduino-compatible boards. While some do have it built in like those based on the 32u4 for example, most either don’t have it at all or rely on a separate on-board chip to do some form of translating. The ESP32 is lacking this advanced feature so the USB needs to be cobbled together from scratch if you want this specific board to be able to interface directly with peripherals. This project does just that, allowing for four USB 1.1 devices to be connected directly to the ESP32 without a separate dedicated chip.

If you’ve been waiting for USB on this tiny, capable microcontroller this might be your chance to try it out. All of the project’s code is available on the project page. And, while it is limited in scope, it’s easily able to handle a keyboard or mouse. This might be a more cost-effective way of doing something like a KVM switch rather than doing it with three Arduinos. 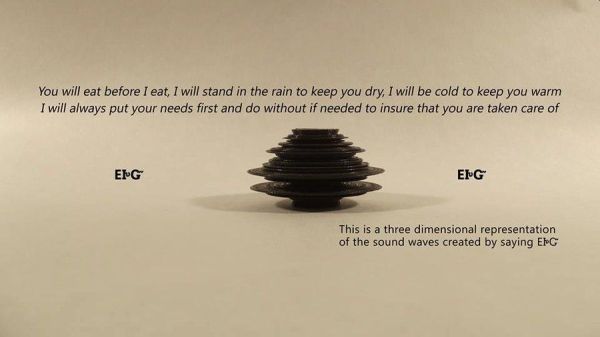 If we write about sound reproduction, there is a good chance we found a home-made amplifier or an upcycled speaker system. In this case, you don’t use your ears to appreciate the sound; you use your hands or eyes. [ElatisEagles] converted an amplitude sound graph into a wearable bead. Even without much background it should be immediately recognizable for what it is. Presumably, they converted a sound wave to vectors, then used the “Revolve” function in Rhino, their software of choice. Sometimes this is called a “lathe” function. Resin printers should be able to build these without supports and with incredible fidelity.

Some tattoos put a sound wave on the skin, and use an app to play it back, but if you want to wear a sound bite from your favorite show and not get branded as the “Pickle Rick” gal/guy at the office, maybe swap out the color and sound wave before it goes stale. We would wear a bead that says, “drop a link in our tip line,” but you can probably think of something more clever.

We have other high-tech ornamentation that leverages motion instead of sound, or how about a necklace that listens instead.