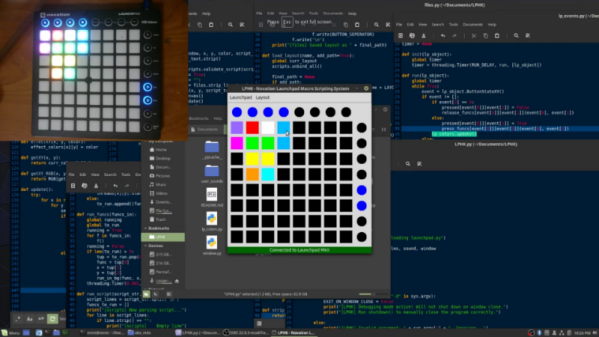 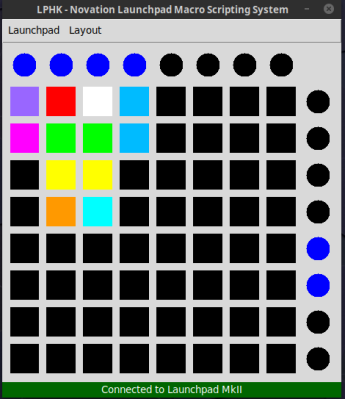 END_OF_DOCUMENT_TOKEN_TO_BE_REPLACED

Hit up any club, party, or get together where musicians are present and you’ll probably find a DJ booth stacked to the gills with faders, various MIDI devices, and a MacBook. However abundant an OS X-based DJ platform is, we haven’t heard hide nor hare of a Raspberry Pi being used as a sequencer, MIDI device, or MaxMSP box.

[James] over at Illuminated Sound put together a great tutorial for making all those cool electronic music devices play nice with a Raspberry Pi. He used a Novation Launchpad, an 8×8 MIDI controller that can act as faders, a keyboard, or even a functional equivalent to the pads on an MPC.

Hardware is nothing without software, so [James] used Puredata and libusb to turn the MIDI data into notes and audio effects.

[James] added a download that includes the Launchpad driver and a Puredata sketch to test everything out. You can see how it all fits together in the video after the break.