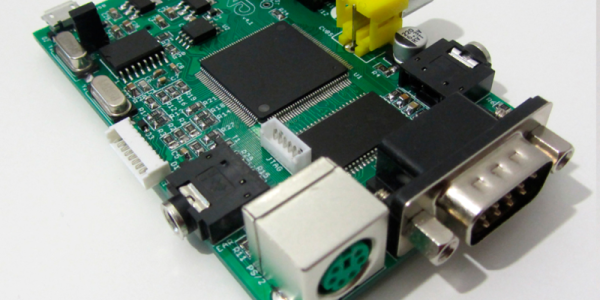 FPGAs (like Xilinx’s Spartan series) are great building blocks. They often remind us of the 100-in-1 electronic kits we used to get as kids. Lots of components you can mix and match to make nearly anything. However, like a bare microcontroller, they usually don’t have much in the way of peripheral devices. So the secret sauce is what components you can surround the chip with.

If you are interested in retro computing, you ought to have a look at the ZX-Uno board. It hosts a Spartan 6 FPGA. They are for sale, but the design is open source and all the info is available if you prefer to roll your own or make modifications. You can see a video of the board in action, below (as explained in the video, the color issues are due to the capture card trying to deal with the non-standard sync rate).

Here are the key specifications:

END_OF_DOCUMENT_TOKEN_TO_BE_REPLACED

Everybody loves How It’s Made, right? How about 3D printers? The third greatest thing to come out of Canada featured Lulzbot in their most recent episode. It’s eight minutes of fun, but shame the puns weren’t better. Robertson drives and the Avro Arrow, if you’re wondering.

Speaking of 3D printers, a lot of printers are made of aluminum extrusion. Has anyone tried something like this? It’s an idea that’s been around for a while but we can’t seem to find anyone actually using 3D printed extrusion.

CastARs are shipping out, and someone made a holodeck with retroreflective material. It’s an inflatable dome that’s attached to a regular ‘ol tent that works as a positive pressure airlock. If you’re looking to replicate this, try it with hexagons and pentagons. That should be easier than the orange-slice gores.

For some reason we can’t comprehend, USB ports are now power ports. There’s still a lot of stuff that uses 9 and 12V, and for that there’s the USB 912. It’ll work better with one of those USB battery packs.

Want to see what the Raspberry Pi 2 looks like with a Flir? NOQ2 has you covered.

Remember the Speccy? In the manual, there was an exercise left to the reader: reproduce [Mahler]’s first symphony with the BEEP command. It took a Raspberry Pi (only for synchronizing several Speccys), but it’s finally done.