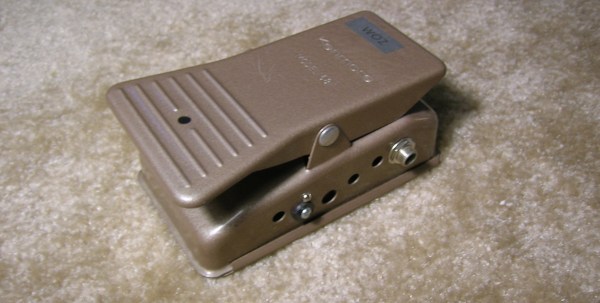 Weekly Hack a Day feature [Dino] is back again, this time with his very own guitar pedal. It’s modeled on a three-transistor Fuzz Face clone and sounds very good in our humble opinion.

Fuzz pedals were some of the first guitar pedals on the market, and for good reason. Their easy construction and simple theory of operation (just amplify sound until the transistor saturates) made them an economical and available pedal for the legends of rock in the 60s. [Dino]’s build follows this tradition of simplicity with a common 2N3904 transistor and a pair of BC547 Silicon transistors. We’re guessing [Dino] couldn’t find any cred-worthy and mojo-giving Germanium transistors, but the result sounds just as good as we could imagine.

To test out his pedal, [Dino] hooked up a [Jack White] style single string lap steel and turned everything up to 12*. The result is rock. Check out the build vid after the break.