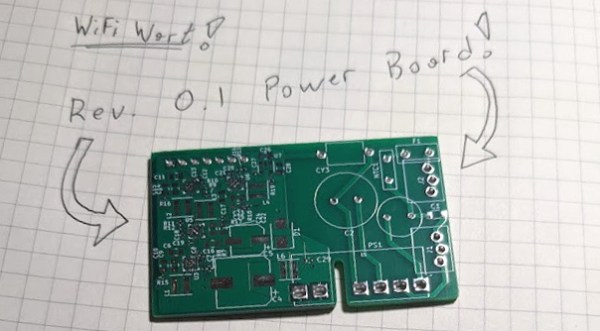 We’ve been eagerly following the development of the WiFiWart for some time now, as a quad-core Cortex-A7 USB phone charger with dual WiFi interfaces that runs OpenWrt sounds exactly like the sort of thing we need in our lives. Unfortunately, we’ve just heard from [Walker] that progress on the project has been slowed down indefinitely by crippling chip shortages.

At this point, we’ve all heard how the chip shortage is impacting the big players out there. It makes sense that automakers are feeling the pressure, since they are buying literally millions of components at a clip. But stories like this are a reminder that even an individual’s hobby project can be sidelined by parts that are suddenly 40 times as expensive as they were when you first put them in your bill of materials.

In this particular case, [Walker] explains that a power management chip you could get on DigiKey for $1.20 USD a few months ago is now in such short supply that the best offer he’s found so far is $49.70 a pop from an electronics broker in Shenzhen. It sounds like he’s going to bite the bullet and buy the four of them (ouch) that he needs to build a working prototype, but obviously it’s a no go for production.

Luckily, it’s not all bad news. [Walker] has made some good progress on the power supply board, which will eventually join the diminutive computer inside the USB charger enclosure. Part of the trick is that the device is still supposed to be a functional USB charger, so in addition to 5 VDC for the output port, the power supply also needs to produce 1.1 V, 1.35 V, 2.5 V, 3.0 V, and 3.3 V for the computer. We’re glad to see he’s taking the high road with his mains circuitry, making sure to use UL listed components and maintaining proper isolation.

When we last checked in on the WiFiWart back in July, [Walker] had already managed to boot Linux on his over-sized prototype board. Now he’s got PCBs in hand that look far closer to the final size and shape necessary to tuck them into a phone charger. It’s a shame that the parts shortage is slowing down progress, but we’re confident we’ll at least get to see a one-off version of the WiFiWart powered up before the year is out. 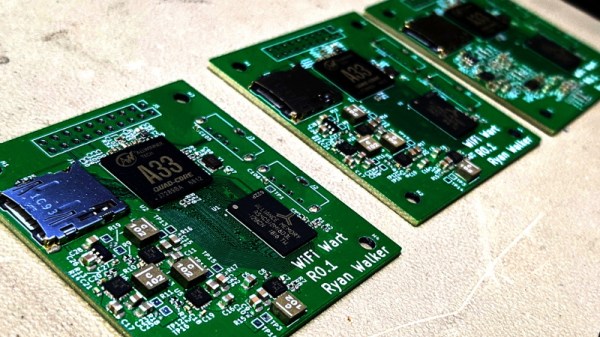 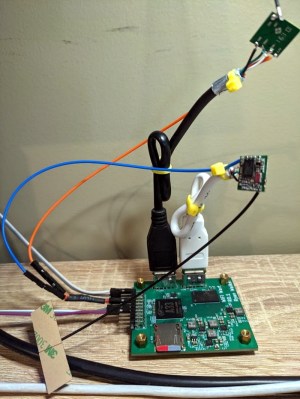 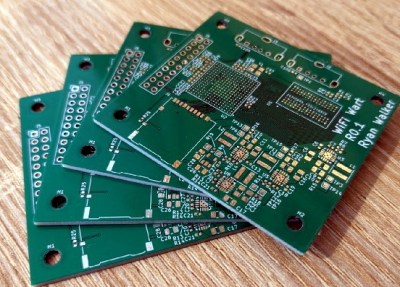