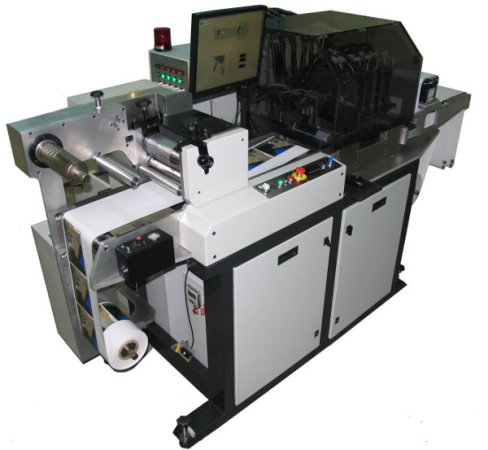 Let us be the first to say: Not a hack! Nonetheless this is an interesting read about how the Arduino movement has made hobby microcontroller boards attractive for industrial applications.

This is a digital printing machine which looks like it is used for industrial packaging. [Paul Furley] worked for the company which produces it, developing the software for the control interface. He recounts the story of how he helped guide the company away from choosing a microcontroller, and toward using an Arduino board. Actually, using three Arduino boards. We can already hear the flame war boiling up in the comments section. But before you rage, read the article and see if you don’t agree with [Paul’s] reasoning.

The most compelling argument to us is that choosing Arduino is absolutely future proof. If the company goes out of business there are hundreds of clone devices already available. As the Arduino platform evolves it will keep pin compatibility in order to support the older shields. And if they choose a different microcontroller the Arduino IDE will still compile the same sketch for the new hardware.

One thing that pops into our minds is write protection. The machine uses a big PCB to which the three Arduinos mount. That can be produced anywhere without threat of having the source code leak as the PCB doesn’t include chips that need to be programmed. Arduino uses AVR chips that have write protection fuses which can be burnt in-house after they flash the control firmware. The great thing about hacking on Roombas is that iRobot used quality parts to build them. [Jason] got his hands on a broken 5XX series Roomba and posted an article about how he reused the salvaged parts.

What you see above is one of the results of his work. This little bot takes commands from an IR television remote control. But he also used the setup to make a self-balancing bot. The two motors from the Roomba have magnetic rotary encoders with 8-bit resolution. Pair this with a well-tuned PID algorithm and you’re in business. The video below shows him testing a motor with his PID code.

You don’t get very much info on the guts of the donor robot. If that’s what you’re looking for you need to look at [Dino’s] Roomba 4000 teardown.

END_OF_DOCUMENT_TOKEN_TO_BE_REPLACED 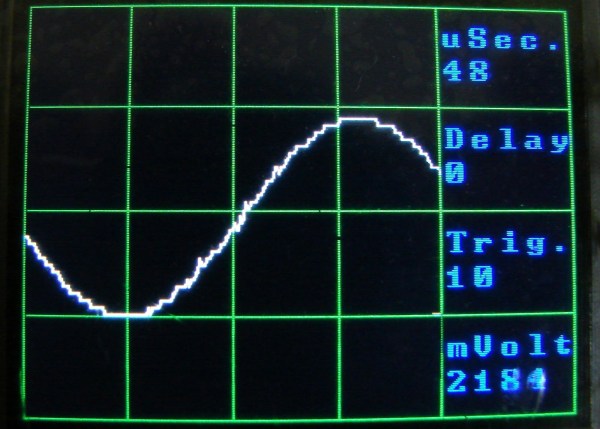 There’s no substitute for a proper oscilloscope on your electronics bench. But unfortunately we still don’t have one of our own. But we’ve got an Arduino board and paired with another IC it can sample an astonishing 5 million cycles per second.

[Bob Davis] has been working on an Arduino based oscillscope for a while now. He keep squeezing more and more performance out of it. A previous version hit 3 megasamples using an AD775 chip. When he added a FIFO buffer chip he was able to squeeze 10-25 megasamples out of it… wow! Unfortunately the output tended to be glitchy.

This version gets rid of the AD775 in favor of a CA3306. Both are analog-to-digital converters but the new circuit is less complex and more reliable. It uses just three capacitors and an external clock to support the IC. Take a look at the video below to see how it performs. He’s outputting a graph of the samples on a small LCD screen. The best part is that since the extra chip is doing the sampling this can be ported to your microcontroller of choice.

END_OF_DOCUMENT_TOKEN_TO_BE_REPLACED

For his graduate project, [Jasper] wanted to do something with a quadcopter drone. Not content with simply building any old drone, he decided to make a kit that turns anything into a drone. Everything from a bicycle wheel, to a computer keyboard, and even a phone is more than able to take flight with [Jasper]’s Drone It Yourself kit.

The DIY drone kit consists of a few 3D printed parts that include four clamps and mounts for the four engines. Also on board are ESCs, a battery, receiver, and an OpenPilot autopilot that will hopefully keep a drone in any shape imaginable hovering in the air. All this packaged in a sleek aluminum briefcase make it look like something out of an eccentric Bond film parody.

This project isn’t for sale – at least until the Brookstone catalog steals the idea – but you can get the bill of materials directly from [Jasper], just in case you’d like to make your own random flying object.

END_OF_DOCUMENT_TOKEN_TO_BE_REPLACED

While we may be waiting for unmanned drones to deliver a pizza, there’s already an unmanned ship plying the Atlantic on a transoceanic voyage. It’s called Scout, and it’s the product of about two years worth of work by a very close-knit group of friends.

Scout is a 12.5 foot ship constructed out of foam and carbon fiber loaded up with solar panels, electronics, an electric motor and a SPOT satellite tracker. The team has been working on Scout for the last two years now, and this last week the autonomous ship finally set out on its mission: a 3500 mile journey from Rhode Island across the Atlantic to Spain.

Right now, Scout is just over four days into its mission having travelled 90 miles from Rhode Island on its way to Spain. You can follow Scout on its journey on this very cool live tracking site.

END_OF_DOCUMENT_TOKEN_TO_BE_REPLACED 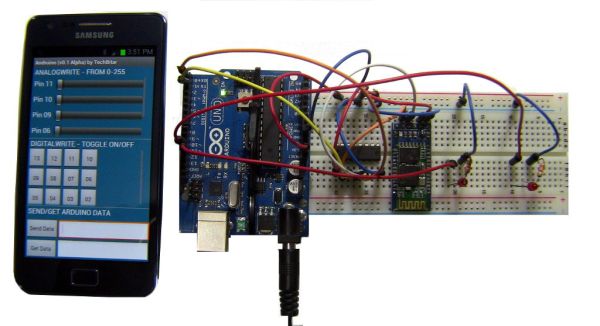 It’s hard to imagine an easier way to set up communications between an Android device and an Arduino using Bluetooth than by following this guide. In the center of the breadboard you can see the cheap and ubiquitous HC-05 Bluetooth module. Having picked up one of these ourselves we can attest that after opening the package and holding one in your hand you may be struck with a “where do I start?” conundrum. If you’ve got an Android handset and an Arduino you start right here, then methodically replace one side of the equation at a time until your own project has a Bluetooth component and you actually understand how it works.

Hardware for the project comes in a couple of parts. The Bluetooth module wants 3.3v logic levels so that is taken into account. The image above shows a buffer chip doing the conversion, but the Fritzing schematic on the post uses a voltage divider. The software end of things consists of an Arduino sketch and an Android app. Check out all the controls on that screen. With bi-directional communications and a slew of already-configured commands this should get you up and running quickly on pretty much any possible project.

One thing to note is that there are different firmwares for these HC-05 units. For more on that see this project.

END_OF_DOCUMENT_TOKEN_TO_BE_REPLACED

As a child, [Mike Chrisp] saw a film featuring one of the great narrow gauge English locomotives. While the story was inordinately heartening, as soon as he walked out of the theatre, [Mike] said to himself that he had to have one of these locomotives. Thus began a lifelong adventure in model engineering.

[Mike] builds model locomotives and other steam-powered means of motive power. Everything from five-inch gauge locomotives to small steam tractors is liable to come out of his small workshop, all built with the machining and engineering excellence only a lifetime of experience can provide.

As for what drives [Mike] to stay in his workshop for long hours, he says his shop is just a place to be, a place to tinker, and a place to simply think about things, even if his hands aren’t getting dirty.  There’s something beautiful about that, even if [Mike] were to hide the products of his skill away from the world.