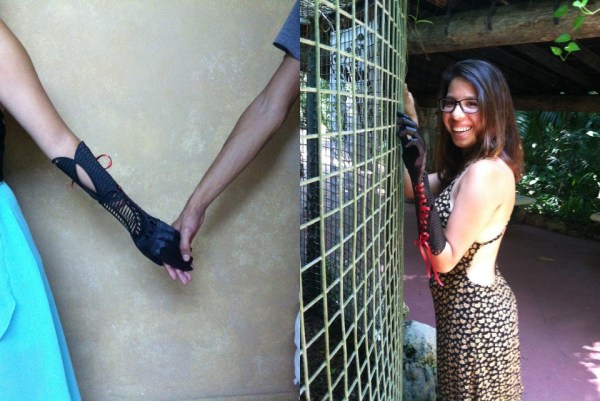 This spectacular bullpup nerf gun was developed by the guys over at Mostly Harmless Arms. It is complete with 3D printed parts in a variety of colors. The Extension Spring/Latex Tubing (ESLT) Blasters were based off of [Kane]’s snapoid trigger design with 1/4″ aluminum for the plunger rods which worked out really well. [Prince Edward] adapted [Kane]’s work and modified it with 3D printing in mind. The original post from 2012 gave an in-depth look into where the idea started.

The documentation for all the printed part files and high quality photos can be found on Nerfhaven. It is really nice to see such a clean design that can be fashioned together on a relatively small budget. This makes these playful nerf blasters easy to duplicate, allowing for a full out office war. Granted, access to a 3D printer is needed, but additive manufacturing devices are getting more and more common these days. Now it’s just a matter of seeing how well they work, which can be deduced from the videos after the break:

END_OF_DOCUMENT_TOKEN_TO_BE_REPLACED 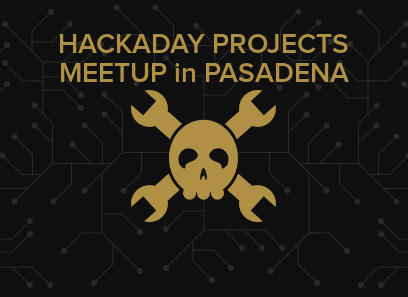 Last Monday we held our very first Hackaday Projects Meetup at the Congregation Ale House in Pasadena, CA. We knew there were a lot of Hackaday.io members in the area and figured a meetup is a great excuse for them to meet each other.

The turn out was surprisingly good, with a wide variety of makers and hackers. People I met included aerospace engineers, embedded device developers, 3d printer inventors, and web developers. About thirty Hackaday readers turned up along with some newbies and a merry few hours of drinking beer, exchanging tales, poking at blinky things and admiring 3d printers ensued.

END_OF_DOCUMENT_TOKEN_TO_BE_REPLACED 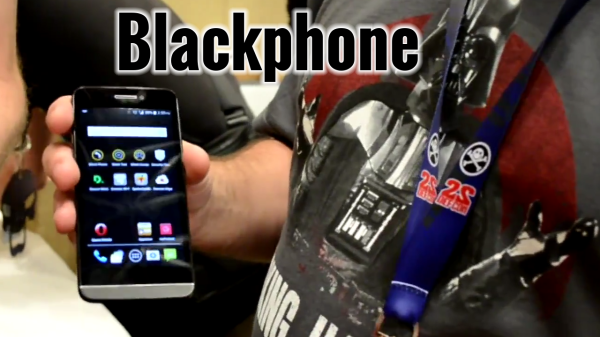 Despite being full of techies and people doing interesting things with portable devices, you don’t want to have an active radio on you within a quarter-mile of DEFCON. The apps on your phone leak personal data onto the Internet all the time, and the folks at DEFCON’s Wall Of Sheep were very successful in getting a few thousand usernames and passwords for email accounts.

Blackphone is designed to be the solution to this problem, so when we ran into a few members of the Blackphone crew at DEFCON, we were pretty interested to take a quick peek at their device.

The core functionality for the Blackphone comes from its operating system called PrivatOS. It’s a fork of Android 4.4.2 that is supposed to seal up the backdoors found in other mobile phones. There’s also a bundle of apps from Silent Circle that give the Blackphone the ability to make encrypted phone calls, texts (with file sharing), and encrypted and password protected contact lists.

The hardware for the Blackphone is pretty impressive; a quad-core Nvidia Tegra provides all the power you need for your apps, video, and playing 2048, a 2000mAh battery should provide enough juice to get you through a day or two (especially since you can turn off cores), and the usual front/rear cameras, GPS, 802.11bgn and GSM and HSPA+/WCDA radios means this phone will be useable on most networks. A relative latecomer to The Hackaday Prize, [AltMarcxs] has nevertheless come up with a very interesting tool for fabrication, the likes of which no one has ever seen before. It’s a rotating laser soldering paste applicator, meant to be an add-on to a CNC machine. What does it do? RIght now it looks extremely cool while being an immense time sink for [AltMarcxs], but the potential is there for being much more than that, ranging from a pick and place machine that also dispenses solder paste, to the closest thing you’ll ever get to a carbon fiber printer.

[AltMarcxs]’s build consists of two 3W laser diodes focused just beyond the tip of the syringe. The syringe dispenses solder paste, and rotating the diodes around, [Alt] is able to put a melted solder blob anywhere on a piece of perfboard. He put up a reasonably well focused video demonstrating this.

With a few homebrew pick and place machines making the semifinalist cut for The Hackaday Prize, it’s easy to see the utility of something like this: Putting a board in a machine, pressing a button, and waiting a bit for a completely populated and soldered board is a dream of the electronic hobbyist rivaled only by a cheap and easy way to make PCBs at home. [AltMarxcs]’s machine could be one step on the way to this, but there are a few other ideas he’d like to explore first.

The build also has wire feeders that allow a bit of copper wire to be soldered to the newly formed metal blob. There are plans to replace this with a composite fiber, replace the paste in the syringe with a UV resin, cut the fiber and cure the resin with the laser, and build something much better than other carbon fiber 3D printers we’ve seen before. 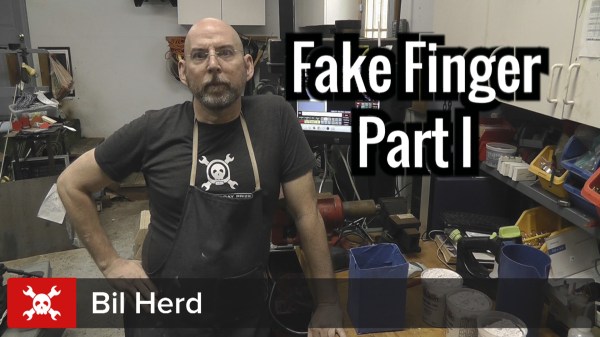 A little over a year ago I had a semi-gruesome accident; I stepped off of a ladder and I caught my wedding ring on a nail head. It literally stripped the finger off the bone. This was in spite of me being a safety-freak and having lived a whole second life doing emergency medicine and working in trauma centers and the like. I do have trauma center mentality which means, among other things, that I know you can’t wind the clock back. A few seconds make an incredible differences in people’s lives. Knowing that it couldn’t be undone, I stayed relaxed and in the end I have to say I had a good time that day as I worked my way through the system (I ended  up in a Philadelphia trauma center with a nearby hand specialist) as I was usually the funniest guy in the room. Truth be told they ask incredibly straight questions like”are you right handed?”  “Well I am NOW”.

So now I could really use a bit of a body hack, having seen the X-Finger on Hackaday long before I knew that I would one day work with them, I was hoping that we could get one to work for me. In speaking with a couple of the mechanical engineers on the Hackaday staff we decided to get [James Hobson] and [Rich Bremer] involved and that the best way to do it was to get a casting of my injured hand out to them.

END_OF_DOCUMENT_TOKEN_TO_BE_REPLACED