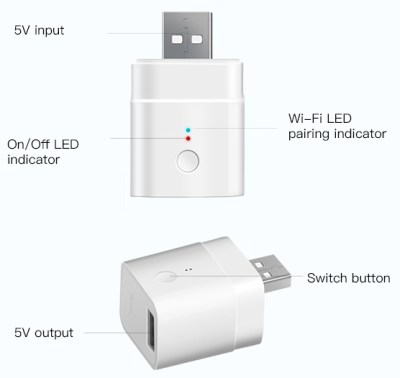 So if there’s not an ESP heart beating at the core of this device, what is there? Sonoff says the chip is called the CKW04, which is apparently so new that there’s very little information available about it online. The best source of information we have right now is a cache of Chinese technical documents posted to GitHub by the manufacturer, CoolKit. 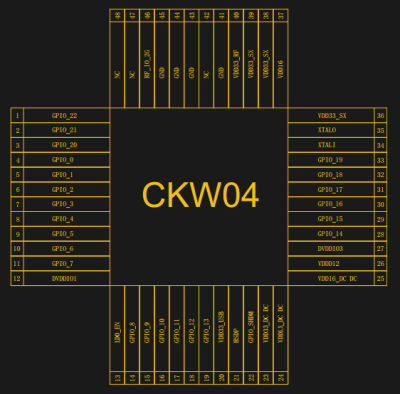 The tiny QFN-48L chip measures just 6 x 6 mm, and provides an all-in-one WiFi solution just like the ESP8266. According to the documentation, it also seems to have some sort of integrated timer functionality to trigger a dedicated GPIO pin on either a delay or a regular interval.

Whatever other advancements they made with their chip, it looks like the fine folks at CoolKit haven’t managed to improve on the ESP’s high energy consumption, though. The documents list a maximum current of 345 mA at 3.3 V, with an average energy consumption during normal operation of approximately 80 mA.

Unfortunately, it doesn’t seem like there’s any information about the software side of things, such as what the toolchain would look like to get your own firmware on the CKW04. Nor does it appear that any of the documents actually lists the chip’s specifications. Beyond the quick mention that pins 10 and 11 can be used to flash a new firmware, you wouldn’t even know the thing is programmable.

There’s plenty of hackers out there who want to write (or at least modify) the firmware that runs on their devices, and the ease with which you could do that on Sonoff’s ESP8266-based products was a definite selling point. With a new and only lightly documented chip under the hood of the USB Smart Adapter, it looks like the Sonoff hacking community is going to have to play catch up.

But who knows? The success of the ESP8266, originally intended as little more than a WiFi to serial bridge, took everyone by surprise. Perhaps by this time next year, the CKW04 will be the hot new MCU that everyone’s hacking on.