These last few weeks we’ve all been reminded about the importance of washing our hands. It’s not complicated: you just need soap, water, and about 30 seconds worth of effort. In a pinch you can even use an alcohol-based hand sanitizer. But what if there was an even better way of killing bacteria and germs on our hands? One that’s easy, fast, and doesn’t even require you to touch anything. There might be, if you’ve got a high voltage generator laying around.

In his latest video, [Jay Bowles] proposes a novel concept: using the ozone generated by high-voltage corona discharge for rapid and complete hand sterilization. He explains that there’s plenty of research demonstrating the effectiveness of ozone gas a decontamination agent, and since it’s produced in abundance by coronal discharge, the high-voltage generators of the sort he experiments with could double as visually striking hand sanitizers.

Looking to test this theory, [Jay] sets up an experiment using agar plates. He inoculates half of the plates with swabs that he rubbed on his unwashed hands, and then repeats the process after passing his hands over the high-voltage generator for about 15 seconds. The plates were then stored at a relatively constant 23°C (75°F), thanks to the use of his microwave as a makeshift incubator. After 48 hours, the difference between the two sets of plates is pretty striking. 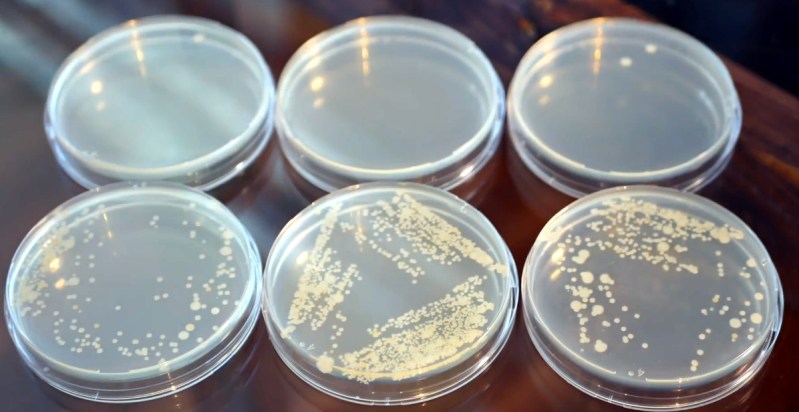 Despite what appears to be the nearly complete eradication of bacteria on his hands after exposing them to the ozone generator, [Jay] is quick to point out that he’s not trying to give out any medical advice with this video. This simple experiment doesn’t cover all forms of bacteria, and he doesn’t have the facilities to test the method against viruses. The safest thing you can do right now is follow the guidelines from agencies like the CDC and just wash your hands the old fashioned way; but the concept outlined here certainly looks worthy of further discussion and experimentation.

Regular viewers of his channel may notice that the device in this video as actually a modified version of the hardware he used to experiment with electrophotography last year.