While watching a video about old radios from the 1920s, a phone jack popped up. The host mentioned that phone jacks are super old and he wondered what was their origin. I always assumed they had something to do with the telephone system, and that’s right, but I had no idea how old they really are and how they’ve evolved. Turns out the venerable plug goes back to at least 1878.

Keep in mind, I’m talking about the good old fashioned 1/4″ phone jack with two wires. Over time, the jack and plug have spawned different versions with more wires and — particularly — smaller dimensions. The headphone jack that many smartphone makers are dropping is a direct descendant of that old phone jack. But a mono cable like you would see connecting an electric guitar or another mono source would be right at home connected to a 1900s switchboard. Let’s take a look at the origins of a design that’s almost 150 years old and still in use.

A Connector Design for the Long Haul 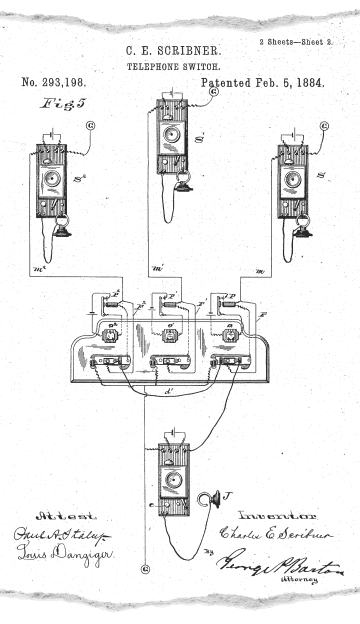 There’s some debate over which switchboard was the first in operation. But in Boston or Connecticut, the year was around 1877 or 1878 and it used something recognizable as a phone plug. The word jack wasn’t in use yet, though. That came from Charles Scribner’s patent of a “spring jack” that allows the plug to open a switch contact. Some later documents also call it a jackknife switch, apparently since the plug is somewhat like a pocket knife. The advancement made life at the switchboard easier and is also the mechanism radios use to disconnect the speaker when you plug in headphones.

Scribner would go on to get more patents related to the plug, and the 1893 patent drawing looks like a modern plug and jack. As you might expect, all of these patents were assigned to the phone company.

From Mono to Stereo

The plug is simplicity itself. Just two conducting cylinders with a small insulating ring keeping them apart. The shape of the tip pushes a spring-loaded retainer. As long as the plug and the jack have roughly the same idea of where the insulating ring is, everything will be fine. 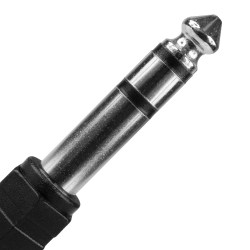 Of course, there was some variation in early designs, but the rounded tip quickly gained favor and would work with most jacks. The fact that the phone company was the primary source for these for decades made sure things were compatible, too. Not that they didn’t find wide application for headphones and even in the military.

Of course, later, it was common to see a third ring to handle stereo audio. At first, the stereo plugs were given a sharper tip so it would be possible to build jacks that would not accept a mono plug. After all, plugging a mono cable into a stereo jack will short the right channel to ground. However, this was unworkable in practice and for many years now, mono and stereo plugs have the same sharper profile that originally meant stereo.

The Twenty-First Century and Beyond

We still have both the original phone jack and variants of all sorts. Until recently, most cell phones had a small variant of the phone jack with four conductors for a headset — usually known as TRRS for tip-ring-ring-sleeve. Many still do, at least for now. The phone company’s “cord board” probably would be unrecognizable to Scribner, but he could still find some of his plugs at the local guitar store.

It doesn’t help that many people call a “registered jack” (like an RJ-11 or RJ-45) a phone jack. Then there’s the “phono” plug and jack — which I’ve always called RCA connectors. Just remember the next time you plug in those high-end headphones, the plug in your hand has way over a century of heritage.

Of course, switchboards became much rarer with the ability to dial your own calls. Then came the answering machine.

66 thoughts on “Ancient History Of The Phone Jack”