The power we use in our homes is generated by a complex and dynamic mechanism of peaker plants, distribution nodes, and high voltage lines. We’ve written a guide on how power gets to the outlets in your home as well as a guide trying to demystify the grid as a whole. But a quick recap never hurt anyone.

In our current grid, power starts from some sort of generation source. Usually, this is a large facility such as wind turbine time, a nuclear power plant, or a hydroelectric dam. The power output of the grid must match the load, so it is carefully monitored and controlled. At any one given time, different power sources will be connected to handle the demand, or in the case of Texas over the past week, parts of the grid are shut off so that demand falls to match a reduced capacity.

Some power plants are good at spinning up quickly to meet demand (known as peaker plants) while others are able to produce a steady stream of power. However, some power sources such a wind can’t be “started” if the wind simply isn’t blowing. This is something that large-scale storage efforts like the Hornsdale Power Reserve are seeking to address as they can store power to be used when needed, but grid-scale storage remains a rarity. 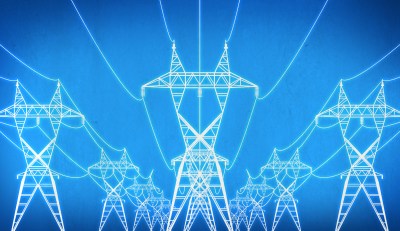 Power plants benefit from economies of scale and generate huge amounts of power in a localized area. The tricky part then is getting power to everyone who needs it. Transformers boost 10,000’s volts from the generators to 100,000’s of volts for long-distance transmission. Residential substations step back down to tens of thousands of volts and local transformers take this down to the standard 120/240 volts at a socket.

As cities have rapidly grown, they’ve patched and augmented the grid, with demand and population ballooning faster than construction or budgets allowed. Systems wear out and systems never designed to service that sort of load get expanded upon. It’s a difficult job and the wonderful humans that run and build our grid are working with limited resources.

The future of electrical infrastructure is often declared to be smart grids, without much thought on what the phrase actually means. We’ve talked about how smart the grid really is before on Hackaday. Smart meters are already starting to be rolled out in certain areas, allowing for smarter load shedding and more accurate data. Grid-scale batteries and other storage systems are being installed to help smooth loads and reduce reliance on peaker plants. The industry currently doesn’t have any sort of standard to rally behind so most providers are just experimenting by adding to their existing infrastructure, much as we’ve always done. Adding a solar station here, a local large-scale battery there, and struggling to maintain the millions of miles of electrical lines.

As mentioned before, large-scale power plants have made sense by congregating all the power generation into one place, making it cost-effective to produce, manage, and distribute. However, over the last few decades, we’ve seen a relentless push down in cost due to technological advances and manufacturing scale. The price of solar and wind have plunged ever lower as efficiency has slowly crept up. Solar alone has dropped 70% in price over the last decade.

In fact, the International Renewable Energy Agency (IRENA) released a dataset in June 2020, suggesting that new solar and wind projects are undercutting the cheapest of existing coal-fired plants. The Energy Information Administration (EIA) in the US released a projected LCOE (levelized cost of energy, the price at which the produced electricity must be sold to break even) for 2025 for different power sources. In that data, solar, wind, and geothermal were the best performing in terms of dollars to megawatt-hours. 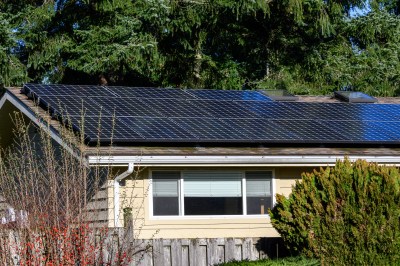 The EIA also noted that in the future, the share of power generated residentially will continue to grow. Already one-third of solar energy produced is from residential rooftops. So in a world of mini-powerplants scattered across rooftops, what does our grid look like? The Office of Energy Efficiency and Renewable Energy within the Department of Energy (DOE) suggests that a new model might be the way forward. Distributed Energy Resources (DER) and microgrids can come together to form something new. Microgrids can be thought of as a way to further increase the grid size by creating smaller resilient grids within the larger macro grid.

Imagine your neighborhood as a microgrid. Right now, if there was a blackout everyone’s power would be out except for those with a backup generator, solar panels, or some other power solution. With a microgrid, your neighborhood can reconfigure itself and so that any generators or battery packs can power the neighborhood. Even when the macro grid is up and running, your microgrid can lend its power to help smooth power peaks. There’s even the potential of microgrids working together.

The idea seeks to shed the days of massive rolling blackouts when communities can be self-sufficient. By distributing the sources of power across an area rather than congregating them in small clusters, the number of long-distance high-voltage lines could potentially be reduced. Long-distance lines are estimated to cost around $1000 per mega-watt kilometer, so reducing the distance between generation and utilization would lead to significant cost savings for consumers and producers.

Of course, this interconnectivity and two-way coupling between the macro grid and the microgrids creates thousands of new states and edge cases. To help manage a system like this, IEEE has a working proposal for a control scheme for microgrids. While it does take more control out of the hands of large-scale electrical companies and more into the network itself, it provides important features such as prediction and coordination.

Storage and the intermittent nature are the persistent thorns in the sides of solar and wind power. The sun only shines for part of the day and the wind doesn’t always blow. Traditionally, we simply fire up a peaker plant to match the load as needed. With intermittent power, it needs to be stored and load-shedding algorithms and plans need to be in place.

Despite the up-front costs, storing power offers some unique advantages. Battery banks such as the Hornsdale Power Reserve are quite profitable since they can spin up faster than any gas-powered generator (generally around ten minutes for the gas and nearly instantly for the battery). This allows them to command a premium on the Frequency Control Auxiliary Services (FCAS) market compared to traditional peaker plants.

In addition, power storage can help with “black start” processes, which is the initial kick of power required to start up baseline power plants after an extended blackout. Currently, this is a carefully controlled process of gradually starting larger generators while matching load. Providers have been experimenting with adding storage systems to local areas. While scaling to megawatt scales still presents a challenge, there have been experiments with compressed air, gravity storage, flow batteries, hydro-pumped reservoirs, and dozens of other ideas. Some even suggest using excess power on sunny or windy days to synthesize hydrogen or natural gas, which can be used as storage.

So far the trend for microgrids is positive. Every year, a great percentage of solar installs include storage systems instead of just pure solar. By and large, the most common storage solution for residential has been batteries. We’ve written up about adding batteries in a modular way to your home. New battery technologies are on the horizon but for now, most other methods of storing power just don’t make sense in a residential setting. A fun challenge to do with fellow engineers or co-workers is to try and design a power storage system that can be built into a house that doesn’t use batteries while still storing enough power for most of a day (10kWh for example).

As more and more homes and local areas have redundant storage, the microgrid becomes more self-sufficient and capable of withstanding peaks or troughs.

For now, the DoE has determined microgrids are a key part of infrastructure in the common decades. Research programs are ongoing across Europe, Japan, Korea, and Canada. In fact, the Office of Electricity keeps a page of the current microgrid projects here in the USA. While there is still quite a bit to flesh out and standardize, the future does look brighter. We can expect more reliable power with fewer blackouts. Despite all the investments and shifts in grid planning that will come over the next decades, not much will change for the average consumer (which is a good thing). The lights will come on, the fridge will stay cold, and the A/C will blow. Which is perhaps the greatest testament to the incredible system we’ve all built and all rely on.

68 thoughts on “Increasing The Resolution Of The Electrical Grid”