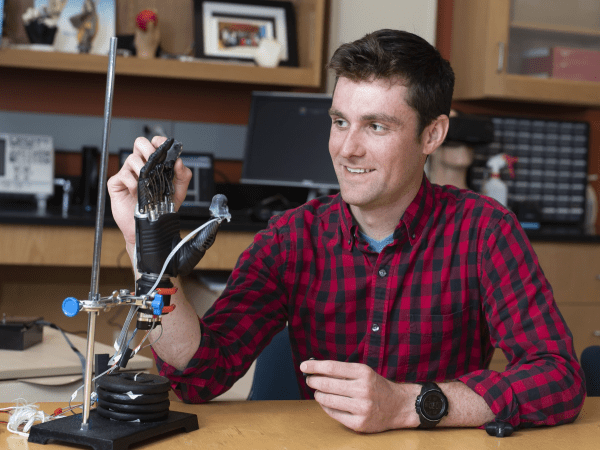 When we lose a limb, the brain is really none the wiser. It continues to send signals out, but since they no longer have a destination, the person is stuck with one-way communication and a phantom-limb feeling. The fact that the brain carries on has always been promising as far as prostheses are concerned, because it means the electrical signals could potentially be used to control new limbs and digits the natural way.

It’s also good news for adding a sense of touch to upper-limb prostheses. Researchers at Johns Hopkins university have spent the last year testing out their concept of an e-dermis—a multi-layer approach to expanding the utility of artificial limbs that can detect the curvature and sharpness of objects.

Like real skin, the e-dermis has an outer, epidermal layer and an inner, dermal layer. Both layers use conductive and piezoresistive textiles to transmit information about tangible objects back to the peripheral nerves in the limb. E-dermis does this non-invasively through the skin using transcutaneous electrical nerve stimulation, better known as TENS. Here’s a link to the full article published in Science Robotics.

First, the researchers made a neuromorphic model of all the nerves and receptors that relay signals to the nervous system. To test the e-dermis, they used 3-D printed objects designed to be grasped between thumb and forefinger, and monitored the subject’s brain activity via EEG.

For now, the e-dermis is confined to the fingertips. Ideally, it would cover the entire prosthesis and be able to detect temperature as well as curvature. Stay tuned, because it’s next on their list.

Speaking of tunes, here’s a prosthetic arm that uses a neural network to achieve individual finger control and allows its owner to play the piano again. 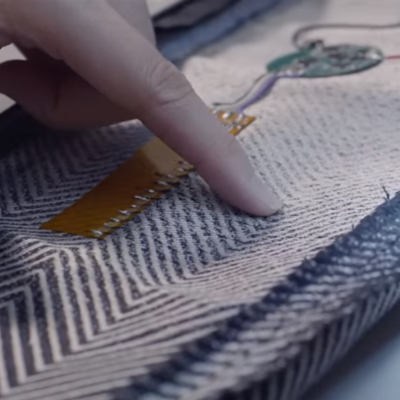 END_OF_DOCUMENT_TOKEN_TO_BE_REPLACED

Looking for a fun wearable electronics project? While you can buy specific fabric and conductive thread for your projects, sometimes you can even find conductive fabric where you might not expect it!

In this latest video by Adafruit, [Becky Stern] goes undercover at a fabrics store with her trusty multimeter to find some new material that can be used for electronics projects! While pickings are slim, she made some useful discoveries — most metallic fabrics aren’t conductive, but some are — You’ll definitely need to take your multimeter with you.

Another funny quirk is that some fabrics are only conductive in one direction! Which could make for a really cool project that seemingly defies conventional wiring — or you can sew a conductive thread perpendicular to the continuity to connect it all together.