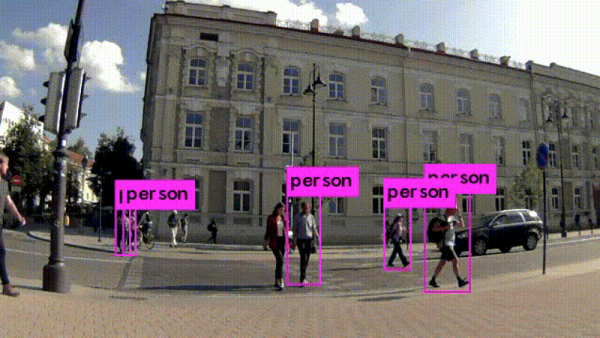 Most people are familiar with the idea that machine learning can be used to detect things like objects or people, but for anyone who’s not clear on how that process actually works should check out [Kurokesu]’s example project for detecting pedestrians. It goes into detail on exactly what software is used, how it is configured, and how to train with a dataset.

The application uses a USB camera and the back end work is done with Darknet, which is an open source framework for neural networks. Running on that framework is the YOLO (You Only Look Once) real-time object detection system. To get useful results, the system must be trained on large amounts of sample data. [Kurokesu] explains that while pre-trained networks can be used, it is still necessary to fine-tune the system by adding a dataset which more closely models the intended application. Training is itself a bit of a balancing act. A system that has been overly trained on a model dataset (or trained on too small of a dataset) will suffer from overfitting, a condition in which the system ends up being too picky and unable to usefully generalize. In terms of pedestrian detection, this results in false negatives — pedestrians that don’t get flagged because the system has too strict of an idea about what a pedestrian should look like.

[Kurokesu]’s walkthrough on pedestrian detection is great, but for those interested in taking a step further back and rolling their own projects, this fork of Darknet contains YOLO for Linux and Windows and includes practical notes and guides on installing, using, and training from a more general perspective. Interested in learning more about machine learning basics? Don’t forget Google has a free online crash course to get you up to speed.

2015 was the year of the unofficial hardware badge at DEF CON 23. There were a ton of different hardware badges designed for the love of custom electronics and I tried to catch up with the designer of each different badge. Here is the collection of images, video demos, and build details for each one I saw this weekend.

[TrueControl] did a great job with his badge design this year for the Whiskey Pirate Crew. This is a great update from the badge he designed last year, keeping the skull and bones outline. It uses a PSOC4 chip to control a ton of LEDs. The eyes are RGB pixels which are each on their own PCB that is soldered onto the back of the badge, with openings for the LED to show through. Two AA batteries power the board which has a surface-mount LED matrix. The user controls are all capacitive touch. There is a spinner around one eye, and pads for select and back. The NRF24L01 radio operates at 2.4GHz. This badge is slave to commands from last year’s badge. When the two are in the same area the 2015 badges will scroll the nickname of the 2014 badge it “sees”. The piezo element also chirps many different sounds based on the interactions with different badges.

[True] makes design an art form. The matte black solder mask looks fantastic, and he took great care in use of font, size, alignment, and things like letting copper show through for a really stunning piece of hardware art.

END_OF_DOCUMENT_TOKEN_TO_BE_REPLACED 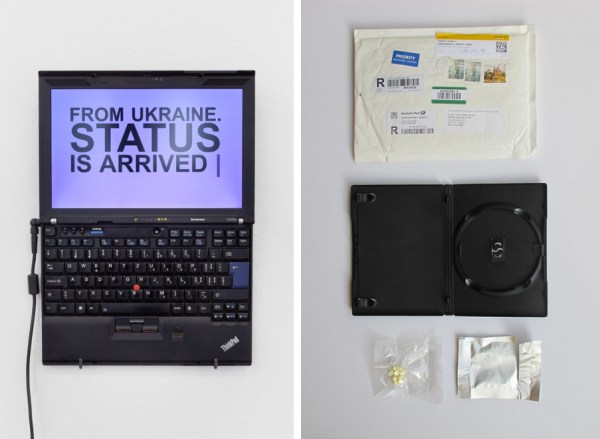