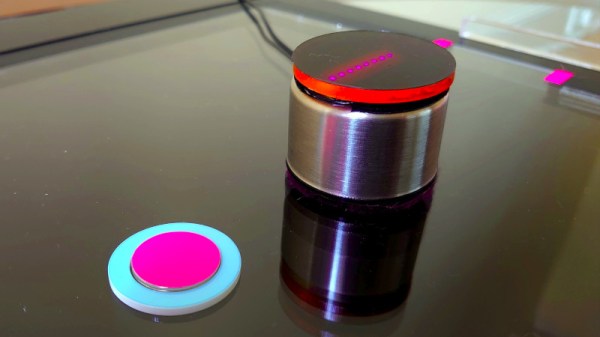 We love a good project here at Hackaday, particularly one that makes us want to pick it up and have a go at whatever it does for ourselves. And when we see such a project and find that it contains the One Chip To Rule Them All (otherwise known as the NE555 timer), our collective cup runneth over with joy. So [Andrew Fentem]’s magnetic hockey project certainly pushes all our buttons, as it’s a game superficially similar to an air hockey table in which a magnetic puck is accelerated by a handheld electronic bat.

The bats look extremely high-tech but are in fact surprisingly simple. Each one contains a Hall effect sensor which triggers the 555 which we’d expect is wired as a monostable, this in turn fires a MOSFET which energises an electromagnet for a set period of time. The puck is a magnet, and thus when it is detected by the Hall sensor it is shot away at high speed by the electromagnet. the result is a fast-paced game which has an extra edge over conventional air hockey, and which being honest, we’d love to have a go at. You can see it in the video below the break.

Of course, if your budget doesn’t stretch to not one but two chips in this era of semiconductor shortages, you can always try a conventional table.

END_OF_DOCUMENT_TOKEN_TO_BE_REPLACED 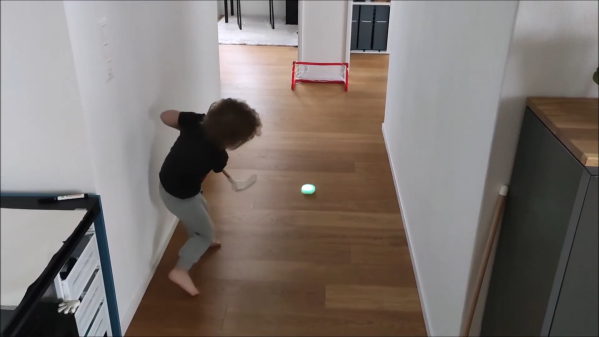 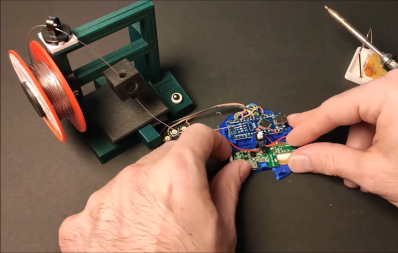