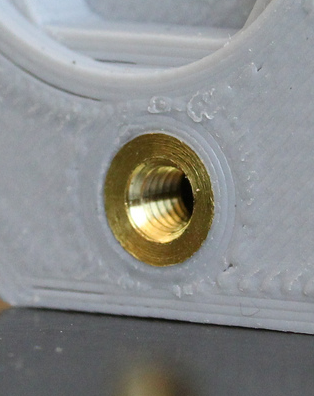 END_OF_DOCUMENT_TOKEN_TO_BE_REPLACED

Hackers being as a rule practical people, we sometimes get a little guff when we run a story on an art installation, on the grounds of not being sufficiently hacky. We understand that, but sometimes the way an artist weaves technology into their pieces is just too cool to pass us, as with this thread-printing art piece entitled On Framing Textile Ambiguities.

We’ll leave criticism of the artistic statement that [Nathalie Gebert]’s installation makes to others more qualified, and instead concentrate on its technical aspects. The piece has four frames made mainly from brass rods. Three of the frames have vertical rods that are connected to stepper motors and around which is wrapped a single thread. The thread weaves back and forth over the rods on one frame, forming a flat surface that constantly changes as the rods rotate, before heading off to do the same on the others. The fourth frame has a platen that the thread passes over with a pen positioned right above it. As the thread pauses in its endless loop, the pen clicks down onto it, making a dot of color. The dots then wend their way through the frame, occasionally making patterns that are just shy of recognizable before morphing into something new. The video below shows it better than it can be easily described.

Love it or hate it, you’ve got to admit that it has some interesting potential as a display. And it sort of reminds us of this thread-art polar robot, although this one has the advantage of being far simpler.

END_OF_DOCUMENT_TOKEN_TO_BE_REPLACED

For humans, life is in the eyes. Same deal with automatons. The more realistic the eyes, the more lifelike (and potentially disturbing) the automaton is. [lkkalebob] knows this. [lkkalebob] is so dedicated to ocular realism in his ultra-real eyeballs that he’s perfected a way to make the minuscule veins from a whisper of cotton thread.

First he prints an eyeball blank out of ABS. Why ABS, you ask? It has a semi-translucence that makes it look that much more real. Also, it’s easier to sand than PLA. After vigorous sanding, it’s time to paint the iris and the apply the veins. [lkkalebob] shaves strands of lint from red cotton thread and applies it with tweezers to smears of super glue. 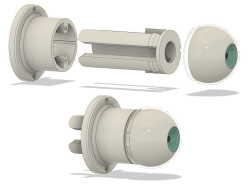 Here comes our favorite part. To make the whole process easier, [lkkalebob] designed a jig system that takes the eyeballs all the way through the stages of fabrication and into the sockets of the automaton. The hollow eye cups pressure fit on to prongs that hold it in place. This also gives the eyeball a shaft that can be chucked into a drill for easy airbrushing. In the build video after the break, he uses the eye-jig to cast a silicone mold, which he then uses to seal the eyes in resin.

Don’t have a printer or any desire to make human automata? It doesn’t take much to make mesmerizing mechanisms.

END_OF_DOCUMENT_TOKEN_TO_BE_REPLACED

Once a program has been debugged and works properly, it might be time to start optimizing it. A common way of doing this is a method called profiling – watching a program execute and counting the amount of computing time each step in the program takes. This is all well and good for most programs, but gets complicated when processes execute on more than one core. A profiler may count time spent waiting in a program for a process in another core to finish, giving meaningless results. To solve this problem, a method called casual profiling was developed.

In casual profiling, markers are placed in the code and the profiler can measure how fast the program gets to these markers. Since multiple cores are involved, and the profiler can’t speed up the rest of the program, it actually slows everything else down and measures the markers in order to simulate an increase in speed. [Daniel Morsig] took this idea and implemented it in Go, with an example used to demonstrate its effectiveness speeding up a single process by 95%, resulting in a 22% increase in the entire program. Using a regular profiler only counted a 3% increase, which was not as informative as the casual profiler’s 22% measurement.

We got this tip from [Greg Kennedy] who notes that he hasn’t seen much use of casual profiling outside of the academic world, but we agree that there is likely some usefulness to this method of keeping track of a multi-threaded program’s efficiency. If you know of any other ways of solving this problem, or have seen causal profiling in use in the wild, let us know in the comments below.

END_OF_DOCUMENT_TOKEN_TO_BE_REPLACED

Long cables are only neat once – before they’re first unwrapped. Once that little cable tie is taken off, a cable is more likely to end up rats-nested than neatly coiled.

Preventing that is the idea behind this 3D-printed cable reel. The cable that [Kevin Balke] wants to make easier to deal with is a 50 foot (15 meters) long Vive lighthouse sync cable. That seems a bit much to us, but it makes sense to separate the lighthouses as much as possible and mount them up high enough for the VR system to work properly.

[Kevin] put a good deal of effort into making this cable reel, which looks a little like an oversize baitcasting-style fishing reel. The cable spool turns on a crank that also runs a 5:1 reduction geartrain powering a shaft with a deep, shallow-pitch crossback thread. An idler runs in the thread and works back and forth across the spool, laying up the incoming cable neatly. [Kevin] reports that the reciprocating mechanism was the hardest bit to print, as surface finish affected the mechanism’s operation as much as the geometry of the mating parts. The video below shows it working smoothly; we wonder how much this could be scaled up for tidying up larger cables and hoses.

This is another great entry in our 3D Printed Gears, Pulleys, and Cams Contest. The contest runs through February 19th, so there’s still plenty of time to get your entries in. Check out [Kevin]’s entry along with all the others, and see what you can come up with.

END_OF_DOCUMENT_TOKEN_TO_BE_REPLACED 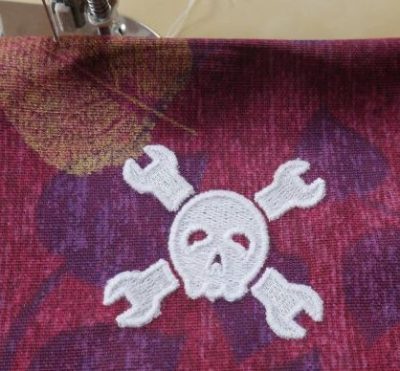