[Jack Eisenmann] is no stranger to building impressive DIY CPU’s on vast stretches of breadboard. This time [Jack] has done away with the seventeen breadboards he used in his last 8-bit computer and instead has gone a step further and designed a set of generously utilised PCB’s for the CPU. The result is the DUO Enterprise.

The CPU design is based around an 8-bit data bus and a 24-bit address bus. As usual, a minimal yet carefully chosen instruction set allows [Jack] to do all the heavy lifting in software as part of the compiler and operating system he is working on. There is no sign of a display yet, instead the computer communicates via a dumb terminal. We love the aluminum foil for shielding! Check out the video, below, to see what we mean.

Over the years, we have seen many of [Jack]’s other CPU builds featured on Hackaday. One of his first designs was a 4-bit CPU that could play many games on a LED matrix.Later he did a much more impressive 8-bit CPU along with analog video output and an OS ofcourse. It could even play pong. He even built a Single Instruction Set Computer (SISC).

His final goal with DUO Enterprise is to allow anyone to utilise its computing power by submitting programs and calculations. Heads up [Jack], our neural net needs training soon.

END_OF_DOCUMENT_TOKEN_TO_BE_REPLACED 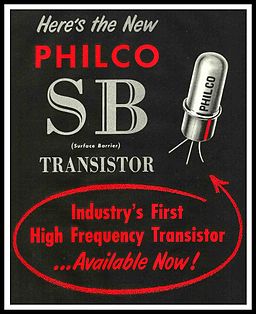 END_OF_DOCUMENT_TOKEN_TO_BE_REPLACED

[Afonso]’s 77-year-old grandmother lives in a pretty remote location, with only AM/FM radio reception and an occasionally failing landline connecting her to the rest of the world. The nearest 3G cell tower is seven kilometers away and unreachable with a cell phone. But [Afonso] was determined to get her up and running with video chats to distant relatives. The solution to hook granny into the global hive mind? Build a custom antenna to reach the tower and bridge it over to local WiFi using a Raspberry Pi.

The first step in the plan was to make sure that the 3G long-shot worked, so [Afonso] prototyped a fancy antenna, linked above, and hacked on a connector to fit it to a Huawei CRC-9 radio modem. This got him a working data connection, and it sends a decent 4-6 Mbps, enough to warrant investing in some better gear later. Proof of concept, right?

On the bridging front, he literally burned through a WR703N router before slapping a Raspberry Pi into a waterproof box with all of the various radios. The rest was a matter of configuration files, getting iptables to forward the 3G radio’s PPP payloads over to the WiFi, and so on. Of course, he wants to remotely administer the box for her, so he left a permanent SSH backdoor open for administration. Others of you running remote Raspberry Pis should check this out.

We think it’s awesome when hackers take connectivity into their own hands. We’ve seen many similar feats with WiFi, and indeed [Afonso] had previously gone down that route with a phased array of 24 dBi dishes. In the end, the relatively simple 3G Pi-and-Yagi combo won out.

Part two of the project, teaching his grandmother to use an Android phone, is already underway. [Afonso] reports that after running for two weeks, she already has an Instagram account. We call that a success!

As if Windows Update wasn’t bad enough, one has to deal with a plethora of attention-hungry programs and utilities all begging for a continual stream of patches from the Internet. It’s exhausting, but unfortunately also par for the course. Many of these updates are to close security vulnerabilities that could otherwise expose your computer to undesirables. The Internet of Things will only expand the amount of hardware and software you need to keep updated and protected on a daily basis. Now, it’s your dishwasher that’s under attack.

The Register reports that Jens Regel discovered the bug in a Miele dishwasher with a webserver. It’s a basic directory traversal attack that can net the intruder the shadow password file. Armed with this, it’s simple to take over the embedded Linux system and wreak havoc on your local network.

It’s not particularly surprising – we’ve talked about IoT security and its pitfalls before. The problem is, a dishwasher is not a computer. Unlike Microsoft, or Google, or even the people behind VLC, Miele don’t have infrastructure in place to push out an update to dishwashers worldwide. This means that as it stands, your only real solutions are to either disconnect the dishwasher from your network, or lock it behind a highly restrictive firewall. Both are likely to impede functionality. Of course, as always, many will ask why a dishwasher needs to be connected to the Internet at all. Why indeed.

Every year, nestled between a swine auction and beef auction at the fairgrounds in Goshen, Indiana, the world’s greatest 3D-printing meetup happens. The Midwest RepRap Festival draws the greatest minds in 3D printing from around the world, with teams flying in from Prague, Oxford, and Hong Kong. This year was bigger than any other year. Over 1,000 people ventured forth into the sticks to attend this awesome festival dedicated to DIY printers.

What did we see this year? The PartDaddy, SeeMeCNC’s 18-foot-tall delta printer made an appearance. We saw a new extruder from E3D, and an announcement that Open Source filaments will soon be a reality. True color printing with a five filament CMYKW system is weird and cool. DIY resin printers using laser diodes and galvos are now a thing. An Easy Break Oven isn’t broken. Printers with an infinite build volume now exist, and it skirts around a MakerBot patent, too.

There was more to see at MRRF than a single weekend would allow. [Jason Kridner] from BeagleBone was there talking about the latest in fancy single-chip Linux computers. Hackerspaces were there talking about their coolest builds and doing the calculations necessary to strap model rocket engines to 3D printed rockets. A few local colleges sent teams out to talk about their efforts to bring additive manufacturing to their programs. YouTube personalities were there. Check out the rest of the goodies we saw below.

END_OF_DOCUMENT_TOKEN_TO_BE_REPLACED

The 20th century saw some amazing technological developments. We went from airplanes to the moon. We went from slide rules to digital computers. Crank telephones to cell phones. But two of the most amazing feats of that era were ones that non-technical people probably hardly think about. The transformation of radio and TV from mono and black and white, to stereo and color. What was interesting about both of these is that engineers managed to find a way to push the new better result into the same form as the old version and — this is the amazing part — do it in such a way that the old technology still worked. Maybe it is the rate that new technology moves today, but we aren’t doing that today. Digital TV required all-new everything: transmitters, receivers, frequencies, and recording gear. Good luck trying to play the latest video game on your 25-year-old PC.

It is hard to remember when stores were full of all sorts of audio and video media. We’ve noticed that all forms of media are starting to vanish. Everything audio and video are all streamed or downloaded these days. Records, 8-tracks, cassettes, and even CDs and DVDs are vanishing. However, vinyl records have made a come back in the last few years for their novelty or nostalgic value.

END_OF_DOCUMENT_TOKEN_TO_BE_REPLACED

Next weekend is the Vintage Computer Festival East in Wall, New Jersey. We’re going, and you should be there too. 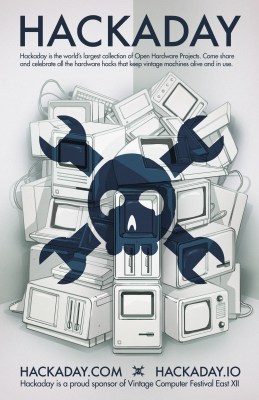 The VCF East is the largest gathering of retrocomputing aficionados on the east coast. It’s three days of talks, exhibits, a flea market, and a pow-wow of the greatest minds buried under obsolete technology. No VCF is complete without a few talks, and this year is shaping up to be great. Keynotes will include [Bjarne Stroustrup], designer / implementor / inventor of C++. Computer historian [Bill Degnan] will give a review of 40 years of ‘appliance computers’, and [Tom Perera], Ph.D. will be giving a talk on the Enigma machine.

The exhibits at VCF are always the star of the show, and this year is no different. Highlights include mechanical computers, the finest from Silicon Graphics, and a version of Unix published by Microsoft. The individual exhibits are always great; last year the world’s first digital camera made an appearance. If you’re in the area, this isn’t an event to miss. VCF is going down at InfoAge, a science center at the former Camp Evans — a military installation that is best described as, ‘DARPA before World War II’.

Hackaday is proud to once again sponsor VCF East. This has been going on for a couple of years now and our Art Director, [Joe Kim] has created some incredible art as part of the sponsorship. Click on the thumbnail of this year’s art to embiggen. The VCF West art from last year is a stunning take on the Macintosh and last year’s VCF East art reflected the retro hackathon we sponsored.