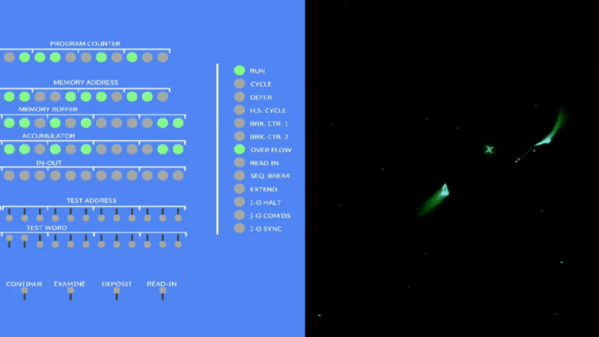 If you’ve ever wanted to sit at the console of the machine that started the revolution in interactive computing, your options are extremely limited. Of the 53 PDP-1 machines that Digital Equipment Corporation made, only three are known to still exist, and just one machine is still in working order at the Computer History Museum. So a rousing game of Spacewar! on the original hardware is probably not something to put on your bucket list.

But thanks to [Hrvoje], there’s now an FPGA emulation of the PDP-1 that lets you play the granddaddy of all video games without breaking into the CHM. The project was started simply to give [Hrvoje] a sandbox for learning FPGAs and Verilog, but apparently went much further than that. The emulation features the complete PDP-1 instruction set, 4kB of core memory, and representations of the original paper tape reader, teletype, operator’s console, and the classic Type 30 CRT. All the hardware is displayed on a standard HDMI monitor, but it’s the CRT implementation that really sells this. The original Type 30 monitor used a CRT from a radar set, and had long-persistence phosphors that gave the display a very distinctive look. [Hrvoje] replicated that by storing each pixel as three values (X, Y, and brightness) in a circle of four chained shift registers. As the pixels move through the shift registers, the brightness value is decreased so it slowly fades. [Hrvoje] thinks it doesn’t look quite right, but we’ll respectfully disagree on that point.

We’ve argued before that the PDP-1 is the machine that started hacker culture, and we think this project is a fitting tribute to the machine as we enter the year in which it will turn sixty. Having the chance to play with it through this emulation is just icing on its birthday cake.

END_OF_DOCUMENT_TOKEN_TO_BE_REPLACED 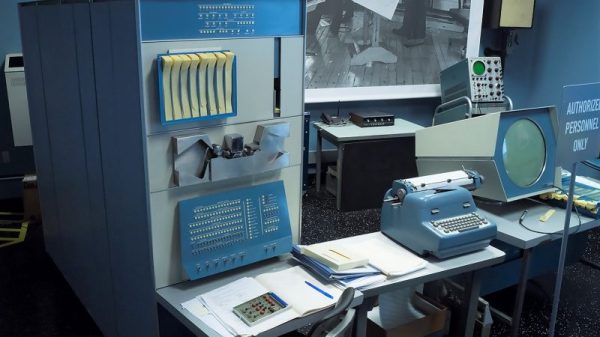 One of my bucket list destinations is the Computer History Museum in Mountain View, California — I know, I aim high. I’d be chagrined to realize that my life has spanned a fair fraction of the Information Age, but I think I’d get a kick out of seeing the old machines, some of which I’ve actually laid hands on. But the machines I’d most like to see are the ones that predate me, and the ones that contributed to the birth of the hacker culture in which I and a lot of Hackaday regulars came of age.

If you were to trace hacker culture back to its beginning, chances are pretty good that the machine you’d find at the root of it all is the Digital Equipment Corporation’s PDP-1. That’s a tall claim for a machine that was introduced in 1959 and only sold 53 units, compared to contemporary offerings from IBM that sold tens of thousands of units. And it’s true that the leading edge of the explosion of digital computing in the late 50s and early 60s was mainly occupied by “big iron” machines, and that mainframes did a lot to establish the foundations for all the advances that were to come.