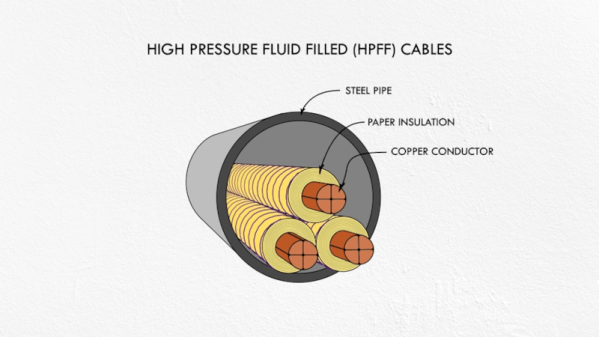 When we were kids, overhead power cables were a constant fixture in the neighborhood. Not only were they the bane of our kites, but they also had a tendency to fail during storms leaving us in the dark. These days lots of cables go underground — safer for kites and harder to storm damage. On the other hand, if they do need repair, it is a major operation, as [Practical Engineering] discusses in a recent post you can watch below.

In the story, a large underground distribution cable — the Scattergood-Olympic transmission line — had a failure in the late 1980s. The 10 mile line has three high-voltage phases and when the line was created, running high voltage lines underground was a bit exotic.

END_OF_DOCUMENT_TOKEN_TO_BE_REPLACED 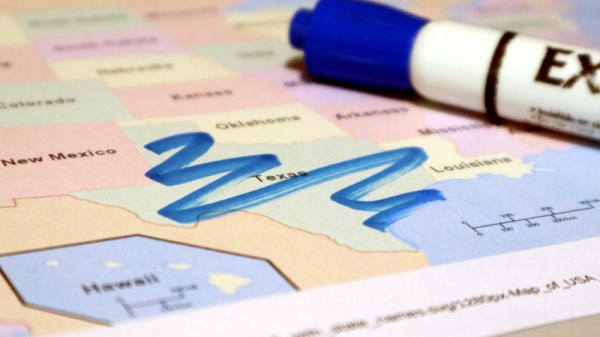 It comes as something of a shock that residents of the Lone Star State are suffering from rolling power blackouts in the face of an unusually severe winter. First off, winter in Texas? Second, isn’t it the summer heat waves that cause the rolling blackouts in that region?

Were you to mention Texas to a European, they’d maybe think of cowboys, oil, the hit TV show Dallas, and if they were European Hackaday readers, probably the semiconductor giant Texas Instruments. The only state of the USA with a secession clause also turns out to to have their own power grid independent of neighboring states.

Surely America is a place of such resourcefulness that this would be impossible, we cry as we watch from afar the red squares proliferating across the outage map. It turns out that for once the independent streak that we’re told defines Texas may be its undoing. We’re used to our European countries being tied into the rest of the continental grid, but because the Texan grid stands alone it’s unable to sip power from its neighbours in times of need.

Let’s dive into the mechanics of maintaining an electricity grid, with the unfortunate Texans for the moment standing in as the test subject.

END_OF_DOCUMENT_TOKEN_TO_BE_REPLACED 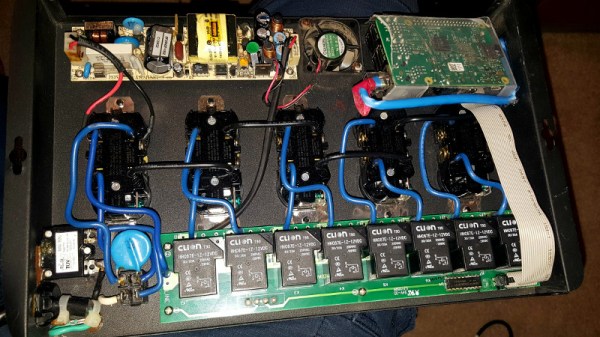 We’re all for buying broken stuff from eBay to save yourself a few bucks: buy it cheap, fix it, and reap the rewards of being a step ahead of the average consumer. Searching through the “For parts or not working” categories is nearly the official pastime here at the Hackaday Bunker. But buying an eBay find only to have it give up the ghost in a couple weeks? That hurts. 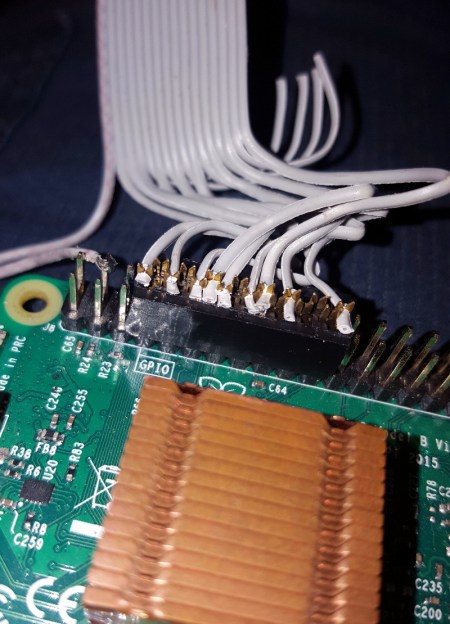 That’s precisely what happened to [idaresiwins] when he bought this beefy looking “Web Power Switch” on the Electronic Bay. After two weeks, the controller board blew and his “smart” power strip became very stupid indeed. But with the addition of a Raspberry Pi, he’s got it back up and running. Not only that, but given the extra horsepower this device now contains, it now doubles as a basic server for the home lab.

This conversion was helped by the fact that the original controller was on a separate board from the relays, and connected with a small ribbon cable. All [idaresiwins] had to do was figure out which wire in the cable went to each of the eight relays, and fire them off with the Pi’s GPIO pins. In an interesting detail, he opened up one of the ends of the ribbon cable and used it as a punch down block of sorts to easily hook the wires up to the Pi’s pins. We might suggest some hot glue to keep everything from moving around, but otherwise it’s a neat tip.

[idaresiwins] found some information online about making a web-based GPIO interface, which he adapted to control the outlets on the power strip. He then wrapped the Pi up in plastic to keep it from shorting out, and tucked it inside the case. Note that he was able to pull 5 VDC from the relay board and run it to the Pi over the ribbon cable, so he didn’t need to bother with hacking a USB adapter in there.

Controlling AC devices over the Interwebs is an extremely popular project, and we’ve even seen a DIY device that looks quite similar to this product. Most of them are now using the ESP8266, but with the Pi onboard this hack is more like a super-sized version of the PowerPwn.

One practical use of large switches and indicator lamps is to make a power distribution panel which can be useful when you want to control and monitor the power consumption of numerous devices such as your electronics work bench or amateur radio station. Old-school in appearance and using military surplus electronics, this power distribution panel allows for control of outlet on back. Did I mention I built it when I was 16?

Building it was easy, 120 VAC line enters through a main breaker. It is fed through an AC amp meter (with built-in shunt) then to a line filter. From the line filter it goes to a line voltage meter and filament transformer to power the indicator lamps. This AC line is then bussed out to the circuit breakers. Each breaker controls one outlet on the rear panel. As devices are switched on or off the current draw can be measured. This is well demonstrated in the video overview found after the break.

Be creative. Use military surplus switches, indicators, and other unique looking hardware. Customize to give your preferred mad scientist look while also providing valuable functionality.