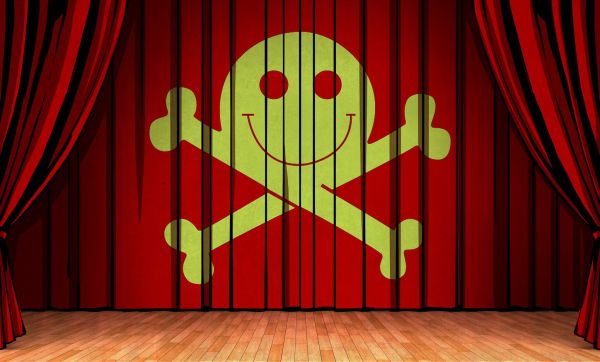 END_OF_DOCUMENT_TOKEN_TO_BE_REPLACED

Two weeks ago, news broke of an incredible abuse of power from the National Security Agency. A DEF CON talk was cancelled, and speculation raged that information was not free. This was the ProxyHam, a device that puts you miles away from any agency hunting down your IP address.

Of course, as with just about every DEF CON talk picked up by the press, ProxyHam is an ill-conceived, terrible idea. You can replicate it with parts bought from newegg, and despite using a highly directional antenna the FCC – or any other government agency – can still track you down.

In lieu of a talk on using off-the-shelf networking hardware in the way it was intended, [Dave Maynor] and [Robert Graham] of Errata Security gave a talk at DEF CON that is the proxy to the ProxyHam. They completely debunked the outrageous speculation surrounding the cancellation of the DEF CON talk and managed to introduce a new version of Internet over radio that is actually useful for the security-minded individual.

The ‘debunking’ part of the Errata Security talk was exactly what anyone would expect; the talk was probably cancelled because the creator of ProxyHam exceeded radiated power limits, the FCC caught him, or simply because of ‘advice from counsel’. No big deal; someone was doing something illegal – encryption over ISM bands – and the things you would expect to happen in fact happened.

In the last two weeks, the guys replicated the ProxyHam build, but found a few major shortcomings. Even with a highly directional antenna, interested parties could still track you down. This led the guys at Errata Security to make this system better. They managed to do it in two weeks.

The Errata Security relies on JT65A – a radio mode made for very weak signals – to hide signals underneath the noise floor. By multiplexing data across multiple channels, this system has about the same bandwidth as a 56kbps modem from 1999. It’s not much, but it is possible to use this proxy for ProxyHam over 20 miles away from where you’re stealing WiFi from. That’s far better than ProxyHam could ever manage, and all the transmissions stay below the noise floor. The FCC and similarly equipped agencies might be able to find you, but no one with a $20 SDR dongle will.

There are no releases yet, but Errata Security plan to make the software that allows this multiplex transmissions available soon, and hope to have a Raspberry Pi-based hardware solution for this technique coming shortly. It’s a radio proxy solution that’s actually somewhat secure, and won’t immediately draw the ire of the FCC.

Last weekend saw the announcement of ProxyHam, a device that anonymizes Internet activity by jumping on WiFi from public libraries and cafes over a 900MHz radio link. The project mysteriously disappeared and was stricken from the DEFCON schedule. No one knows why, but we spent some time speculating on that and on what hardware was actually used in the undisclosed build.

[Samy Kamkar] has just improved on the ProxyHam concept with ProxyGambit, a device that decouples your location from your IP address. But [Samy]’s build isn’t limited to ProxyHam’s claimed two-mile range. ProxyGambit can work anywhere on the planet over a 2G connection, or up to 10km (6 miles) away through a line-of-sight point to point wireless link.

The more GSM version of ProxyGambit uses two Adafruit FONA GSM breakout boards, two Arduinos, and two Raspberry Pis. The FONA board produces an outbound TCP connection over 2G. The Arduino serves as a serial connection over a reverse TCP tunnel and connects directly to the UART of a Raspberry Pi. The Pi is simply a network bridge at either end of the connection. By reverse tunneling a TCP connection through the ‘throwaway’ part of the build, [Samy] can get an Internet connection anywhere that has 2G service.

Although it’s just a proof of concept and should not be used by anyone who actually needs anonymity, the ProxyGambit does have a few advantages over the ProxyHam. It’s usable just about everywhere on the planet, and not just within two miles of the public WiFi access point. The source for ProxyGambit is also available, something that will never be said of the ProxyHam.

A few days ago, [Ben Caudill] of Rhino Security was scheduled to give a talk at DEFCON. His project, ProxyHam, is designed for those seeking complete anonymity online. Because IP addresses can be tied to physical locations, any online activities can be tracked by oppressive regimes and three letter government agencies. Sometimes, this means doors are breached, and “seditious” journalists and activists are taken into custody.

With the ProxyHam, the link between IP addresses and physical locations is severed. ProxyHam uses a 900MHz radio link to bridge a WiFi network over miles. By hiding a ProxyHam base station in a space with public WiFi, anyone can have complete anonymity online; if the government comes to take you down, they’ll first have to stop at the local library, Starbucks, or wherever else has free WiFi.

[Ben Caudill] will not be giving a talk at DEFCON. It wasn’t the choice of DEFCON organizers to cancel the talk, and it wasn’t his employers – [Ben] founded and is principal consultant at Rhino Security. The talk has been killed, and no one knows why. Speculation ranges from National Security Letters to government gag orders to a far more pedestrian explanations like, “it doesn’t work as well as intended.” Nevertheless, the details of why the ProxyHam talk was cancelled will never be known. That doesn’t mean this knowledge is lost – you can build a ProxyHam with equipment purchased from Amazon, Newegg, or any one of a number of online retailers.