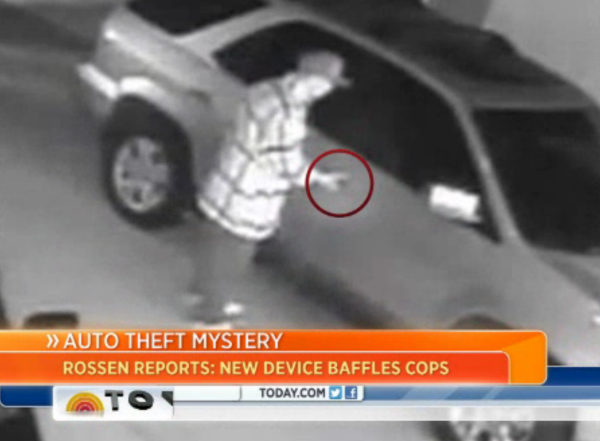 Skip to about 2:30 if you just want to see the action.

Blowing glass is always so pretty to watch. The warm glow of the glass mixed with the light playing through the cool parts makes for a stunning visual environment, especially when you stop to think about the fact that this is potentially a very dangerous thing as well.

In this video [Jimmy the torch] starts off very conversational. At about 2:30 things shift a bit. Some music starts up, the camera work gets a little more serious, and the real glass blowing begins. 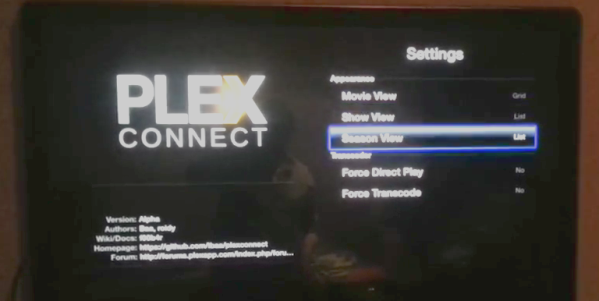 Apple has been keeping a tight leash on the third generation of their Apple TV hardware. Not only has it stood up to every attempt at a Jailbreak, but they don’t allow 3rd party applications through the app store like the other iOS hardware does. The second generation hardware was a popular platform for XBMC. It required a jailbreak to load the home media software which is why it can’t be done on the newest box. But here’s an alternative. This hack uses DNS redirects to make Apple TV 3 a Plex frontend.

Instead of putting new software on the Apple TV this uses a separate computer to intercept its web traffic. You aim your Apple TV DNS at the computer running the script, then use the native Movie Trailer app, which will be populated with movies and TV shows from your Plex backend. All other functionality will be retained, making for a near-perfect solution. For more info on the system check out this forum.

END_OF_DOCUMENT_TOKEN_TO_BE_REPLACED We thought we would share our thoughts and goals with these wonderful additions.

END_OF_DOCUMENT_TOKEN_TO_BE_REPLACED

Today we are quite excited to announce HANDMADE.hackaday. HANDMADE is a place where we celebrate craftsmanship. Usually in the form of a stunning video, or a beautiful image gallery. We will also be sharing extremely detailed DIY projects as well as tutorials.  Hop on over and take a peek for yourself to see what you’re in for, but be prepared to clear your schedule, you’re not leaving any time soon.

We are also producing some videos of our own for this that we hope you’ll like.

I am personally so excited about HANDMADE. I’ve been wanting to put this together for a very very long time. I eagerly consume every video of this nature I stumble across, often putting them full screen, high def, and putting in headphones. Any of you who know me personally will attest that getting my full attention on any single thing ever is a daunting task. Also note that these videos usually last several entire minutes; a lifetime in my attention span.

Watching people make things, while applying a practiced and refined skill is almost a religious experience for me. This is creation. I hope some of you will enjoy this area as much as I do. END_OF_DOCUMENT_TOKEN_TO_BE_REPLACED

A few weeks ago, [Debarghya Das] had two friends eagerly awaiting the results of their High School exit exams, the ISC national examination, taken by 65,000 12th graders in India. This exam is vitally important for each student’s future; a few points determines which university will accept you and which will reject you. One of [Debraghya]’s friends was a little anxious about his grade and asked if it was possible to hack into the board of education’s servers to see the grades before they were posted. [Debraghya] did just that, and was able to download the exam records of nearly every student that took the test.. Looking even closer at the data, he also found evidence these grades were changed in some way.

Getting the grades off the CISCE board of education’s servers was very simple; each school has a separate code, and each student is given an individual number. With the simplest javascript magic, [Debraghya] discovered that individual grades could be accessed by pointing a script to /[4 digit school ID]/[3 digit student ID] on the CISCE server. There was absolutely no security here, an impressive oversight indeed.

After writing a small script and running it on a few machines, [Debraghya] had the exam results, names, and national IDs of 65,000 students. Taking a closer look at the data, he plotted all the scores and came up with a very strange-looking graph (seen above). It looked like a hedgehog, when nearly any test with a population this large should be a continuous curve.

[Debraghya] is convinced he’s discovered evidence of grade tampering. Nearly a third of all possible scores aren’t represented in the data, but scores from 94 to 100 are accounted for, making the hedgehog shape of the graph statistically impossible. Of course [Debraghya] only has the raw scores, and doesn’t know exactly how the tests were scored or how they were manipulated. He does know the scores were altered, though, either through normalizing the raw scores or something stranger and more sinister.

While scraping data off an unencrypted server isn’t much of a hack, despite what the news will tell you, we’re awfully impressed with [Debraghya]’s analysis of the data and his ability to blow the whistle and put this data out in the open. Without any information on how these scores were changed, it doesn’t really change anything, and we’ll welcome any speculation in the comments.