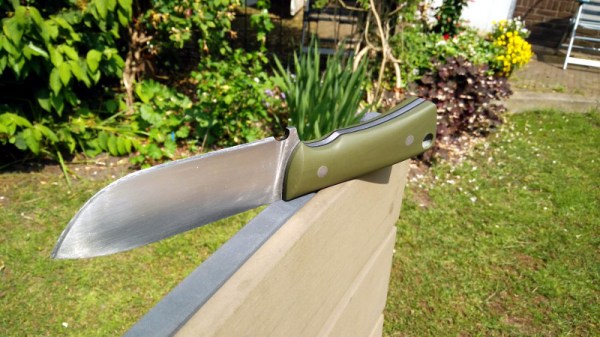 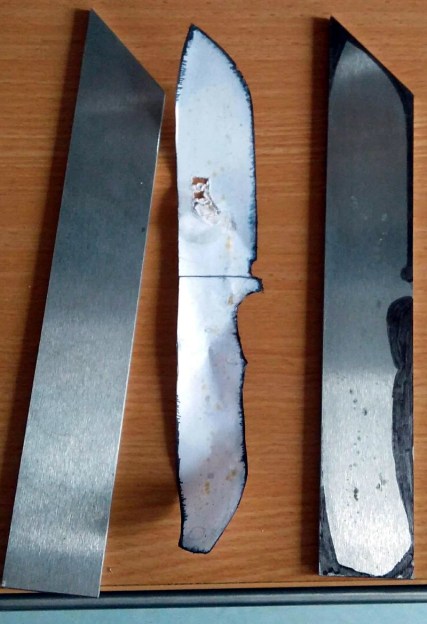 They say the two best days of a boat owner’s life are the day that they buy the boat and the day they sell it. If you built your boat from scratch though, you might have a few more good days than that. [Paul] at [ElkinsDIY] is no stranger to building boats, but his other creations are a little too heavy for him to easily lift, so his latest is a fully electric, handmade boat that comes in at under 30 pounds and is sure to provide him with many more great days.

While the weight of the boat itself is an improvement over his older designs, this doesn’t include the weight of the batteries and the motor. To increase buoyancy to float this extra weight he made the boat slightly longer. A tiller provides steering and a trolling motor is used for propulsion. As of this video, the boat has a slight leak, but [Paul] plans to shore this up as he hammers out the kinks.

The boat is very manageable for one person and looks like a blast for cruising around the local lakes. Since it’s built with common tools and materials virtually anyone should be able to build something similar, even if you don’t have this specific type of plastic on hand.  And, while this one might not do well in heavy wind or seas, it’s possible to build a small one-person boat that can cross entire oceans.

END_OF_DOCUMENT_TOKEN_TO_BE_REPLACED While HANDMADE.hackaday was a rather ephemeral experiment, we still come across some mighty fine examples of handmade projects that we think deserve to grace the pages of Hack a Day. As is the case with this beautifully repurposed guitar amp turned tool cabinet.

After gutting the original amp, [Max] set to bending some 22ga steel plate into drawers. He enjoys using that particular gauge because its fairly easy to cut and bend, while still being rigid enough for most applications. Once content with the bending jobs, he attached ball bearing roller slides to the sides and installed the drawers. Making use of the original amp face for the top drawer he cleaned up all the edges and gave it some new paint — it’s a beautifully crafted example of what you can do with a bit of sweat and elbow grease!

And for the audiophiles, don’t worry — the amp wasn’t functional before it was cannibalized for its casing.

We’re sure some of you will be sad that the LIFE and HANDMADE Hackaday subdomains are going away. Others will be happy, and many won’t realize they even existed.

We tried a little experiment in diversity this summer, launching the two outliers of our main focus (which is engineering oriented hacks). Each was interesting in their own way, with steady streams of readers and small conversations. But this diverted some of the attention away from what we do best, and that’s why we’re closing them down.

Handmade has already been absorbed. The features which highlighted craftsmanship and artful creations like blowing glass are tangentially interesting. We’ve imported all of the articles and will continue to feature this sort of content from time to time if it fits in with what our readers are normally after.

Life was a little bit outside of what we normally focus on. These sorts of hacks are interesting tidbits to have bouncing around your brain. But you probably won’t see them hitting our front page. Don’t let that discourage you though. If you’ve got a tip or trick to make daily life less mundane you can always let us know on the tips line. At worst we will ignore you. But you might end up seeing it in a Links post, which is our weekly Sunday column that showcases things which weren’t compelling enough for their own post.

Just to be clear for those that are really paying attention. We’re not cramming this content onto the front page with everything else. We’re phasing it out except for those things that go hand in hand with our lust for tech hacks of the highest caliber. This week on HANDMADE.hackaday we’ve seen a pretty good variety of skills.

HANDMADE.hackaday.com is growing quickly. Keep sending in those good tips! We have some videos of our own planned as well, keep an eye out for those!

Today we are quite excited to announce HANDMADE.hackaday. HANDMADE is a place where we celebrate craftsmanship. Usually in the form of a stunning video, or a beautiful image gallery. We will also be sharing extremely detailed DIY projects as well as tutorials.  Hop on over and take a peek for yourself to see what you’re in for, but be prepared to clear your schedule, you’re not leaving any time soon.

We are also producing some videos of our own for this that we hope you’ll like.

I am personally so excited about HANDMADE. I’ve been wanting to put this together for a very very long time. I eagerly consume every video of this nature I stumble across, often putting them full screen, high def, and putting in headphones. Any of you who know me personally will attest that getting my full attention on any single thing ever is a daunting task. Also note that these videos usually last several entire minutes; a lifetime in my attention span.

Watching people make things, while applying a practiced and refined skill is almost a religious experience for me. This is creation. I hope some of you will enjoy this area as much as I do. Etsy places a spotlight on tinyminds, creator of the much-hyped solar robots. [Jenny], the brains behind tinyminds and self-described “all round nerd and non-stop crafter”, claims to draw inspiration for her BEAM solar bug and monster robots from things as varied as paper and wood. She describes the process of creating her robots and working with solar energy as “magical”. The fact that they’re solar-powered is a huge advantage – these “pets” never die and never need recharging, only light. Her Cthulhu robot was linked to by BoingBoing Gadgets, and is unfortunately sold out at the moment. tinyminds has plenty of other inventive, equally inspiring robots available for purchase.