[Alex]’s entry for the Hackaday Prize is extremely simple: it’s a device to monitor the inside of casts. For every itch, for every broken bone, for every skin irritation, and for every episode of House that featured compartment syndrome, the CastMinder has an answer.

The CastMinder is a simple electronic device embedded inside an orthopedic cast. Attached to this tiny bit of electronics are a few sensors, relaying pressure, moisture, temperature, and of course the battery level to an iOS app. The use case for this device is actually very simple; the pressure sensor is a great idea if you have a cast and you’re unconscious in a hospital. A moisture sensor will at least tell you how many trash bags wrapped around your broken arm are necessary to take a shower.

The entire device is based on the LightBlue Bean, a tiny Bluetooth-enabled device that can be powered by a CR2032 battery. The enclosure is 3D printed, and the entire device is small enough to be embedded in a cast without the wearer noticing much. It’s a great idea, and a great project to make it to the semifinals of the Hackaday Prize.

Building a simple robot arm is a lot more straightforward than it used to be.  If you have a laser cutter, or a bit of cash and don’t mind waiting for postage, there are inexpensive kits like the MeArm. If you have a 3D printer, there are any number of 3D-printed designs for you to tackle. What if you need to satisfy your urge to build a robot arm really quickly, and you don’t have a laser cutter or 3D printer? You’ve got a pile of servos from that remote-control project, how can you make the rest?

If you are [roboteurs], you raid the stationery cupboard, and create an arm using rubber bands, paper clips, and binder clips. The binder clips grip the servo arms and hold the whole thing together, the rubber bands provide extra attachment , and the paper clips are bent to form the jaws. It’s not the prettiest or perhaps the most capable of arms, but it undeniably is an arm, and we’d doubt it could be done any more cheaply.

In this particular case, the arm serves as a demonstration piece for [roboteurs]’ Printabots Maker Kit for people without a 3D printer. It uses their controller board, but there is no reason why it could not be used with any other board capable of driving servos.

We’ve covered innumerable robot arms over the years, This one may be the cheapest, but another contender might be this cardboard arm. None of them, however, are as cool as this steam-powered Armatron toy.

You need only look at the weekly user account leak from a popular web service or platform to know there’s a problem with security. Reusing passwords is the dumbest thing you can do right now, and the Mooltipass Mini is the answer to that problem. The Mooltipass originally began as a Developed on Hackaday series, and we log frequent sightings of the Multipass (maxi?) at security cons. The Mini is smaller, has exactly the same capability, and is completely unrepairable. It’s very cool, and if your email password is the same as your banking account passwords, you kind of need this yesterday.

Last weekend was the Open Hardware Summit in Portland. All the talks were worth watching, but editing the talks down into something sensible takes time. In lieu of this, OSHPark has gone through the livestream and timestamped everything

END_OF_DOCUMENT_TOKEN_TO_BE_REPLACED 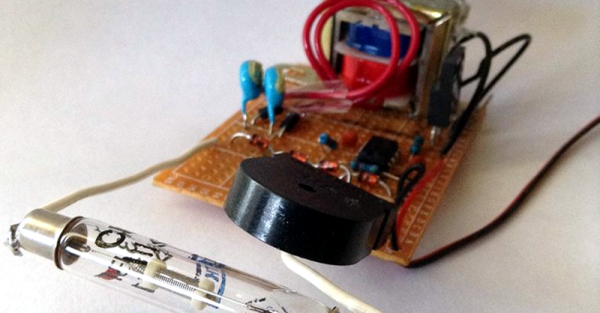 Every mad scientist’s lair needs a Geiger counter. After all, if that UFO crashes on the back patio, you might need to know if it is hot. [Tanner_Tech] shows you how to build a cheap one that will get the job done.

You do need a Geiger tube, but a quick search of a popular auction site shows plenty of Russian surplus for a few bucks. The other thing you need is a source of high voltage (about 400V), which is the heart of the circuit using a 555-based DC to DC converter. You can see a video of the device working, below.

The DC to DC converter needs a transformer that [Tanner] swiped out of an alarm clock. A piezo transducer (stolen from a junk microwave) gives you the characteristic click. If you prefer solid state over hollow state, there’s an open source project that uses a PIN diode as a sensor. Or you could add an Arduino and some LEDs.

END_OF_DOCUMENT_TOKEN_TO_BE_REPLACED 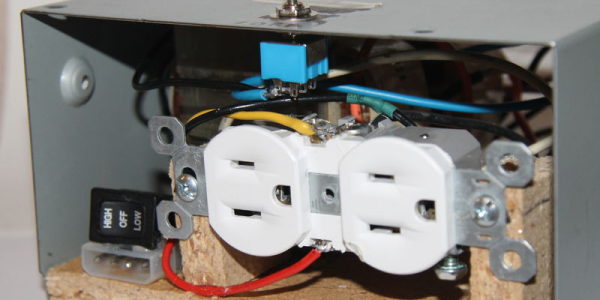 There are several reasons you should have an isolation transformer. They can prevent ground loops and also prevent a device under test from having a DC path to ground (or isolate an oscilloscope from DC ground, which can be dangerous in its own right, but that’s another discussion). [Tanner_tech] noticed that finding ballast transformers for sodium vapor street lights is getting easier as more street lights move to LED technology. What to do with these transformers? Build an isolation transformer, of course.

Of course, your dumpster transformer might be a little different than the one shown in the post (and the video, below). [Tanner] shows how to work out the leads you need. A little wood work and a PC power supply case finished the project.

Judging from the comments, some people take [Tanner’s] talk about safety as an implication that a transformer makes working on mains safe. It doesn’t. It makes it safer if you know what you are doing. Working with high voltage isn’t a place to learn by doing.

If you want some practical advice, [Jenny List] has a good read for you. You probably also ought to invest an hour in watching this video that has a lot of practical advice.

END_OF_DOCUMENT_TOKEN_TO_BE_REPLACED 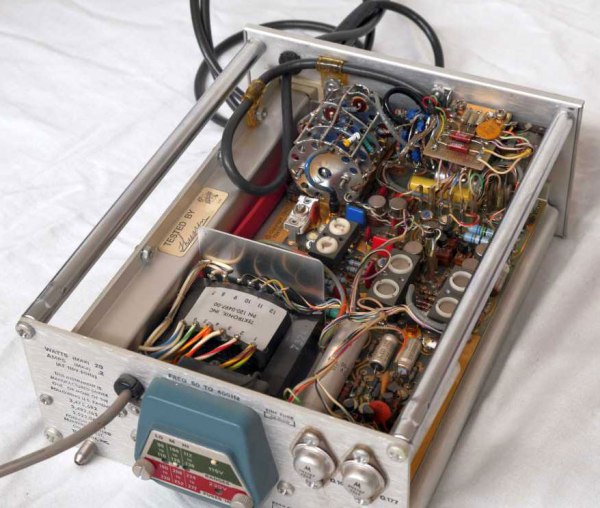 We take our mother tongue for granted, a language we learn as young children without realizing the effort involved. It is only when as adults we try to pick up another language that we fully understand how much hard work surrounds each acquired word.

Depending on who you listen to, estimates vary as to the size of a typical native English speaker’s vocabulary. The ballpark figures seem to put most adults under 20 thousand words, while graduates achieve somewhere around 23 thousand words. It’s a subject [Alex Eames] became interested in after reading a BBC article on it, and he decided to write his own software to produce a personal estimate.

His Python script takes the Scrabble word list, and presents the user with a list of words, for each one of which they have to indicate their comprehension. After a hundred words have been presented it calculates an estimate of the size of the user’s vocabulary. [Alex] wrote it on and for the Raspberry Pi, but it should work quite happily on any platform with Python 3. It certainly had no problem with our Ubuntu-based PC.

There is plenty of opportunity for bragging over the size of one’s vocabulary with a script like this one, but it’s something of a statistical leveler in that if you are truthful in your responses it will almost certainly put you exactly where you might expect for your age or level of education. If you want to know the result this script returned for a Hackaday scribe, for example, the answer is 23554.

This subject is a slight departure into software from our usual hardware subject matter, but it’s one of those tests that becomes rather a consuming interest when performed competitively among a group of friends. How well will you fare?