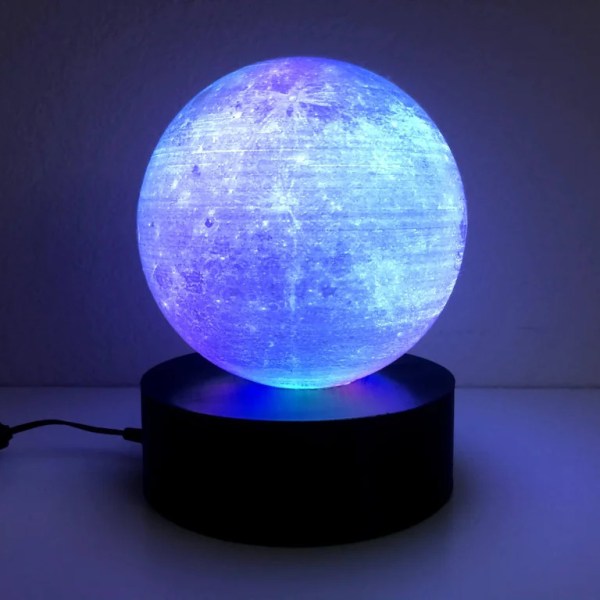 Lithophanes are artistic creations which rely on the varying thickness of a material that is then backlit to reveal an image. While these were often made in porcelain in the past, these days we have the benefit of 3D printing on our side. The principle can be deftly applied to everything from flat planes to spheres, with [Tiffany Lo] demonstrating a great application of the latter with her 3D printed moon lamp.

The basic concept is to take a 2D image of the lunar surface, and then use it to generate a height mapped sphere for 3D printing. When lit from within, the sphere will appear as per the surface of the moon. The sphere geometry was generated with the Lithophane Sphere Maker online tool combined with NASA data of the moon intended for computer graphics purposes. The sphere was then printed on a typical FDM printer before being assembled upon a base with LEDs inside for backlighting.

The result is an attractive moon lamp that both recalls the heavy rock that follows us in a tidally-locked orbit, and yet can be switched off at night to make it easier to sleep. Unfortunately, it’s impractical to turn off the shine from the real moon, and we suspect nobody is working on the problem.

We’ve seen other moon lamps before; they’re a great starting point because the moon’s greyscale tones work well as a lithograph. More advanced techniques are likely necessary for those eager to create lamps of the gas giants; if you’ve done so, be sure to drop us a line.

While the effort is a bit tongue-in-cheek, we have to admit that if you were trying to create your own CPU, this would make for a simple architecture and might have power or complexity advantages, so maybe someone will find a practical use for it after all. If you wanted a C compiler for a simple CPU, this wouldn’t require much to emulate at a byte-code level, either.

END_OF_DOCUMENT_TOKEN_TO_BE_REPLACED 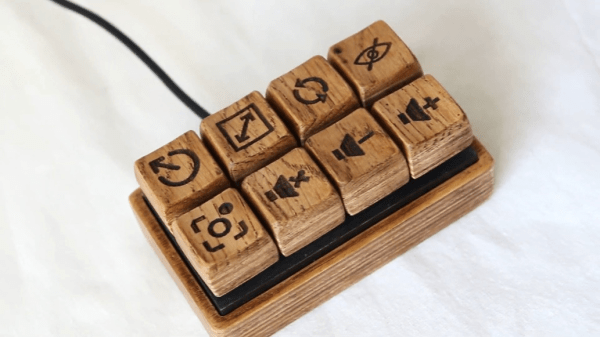 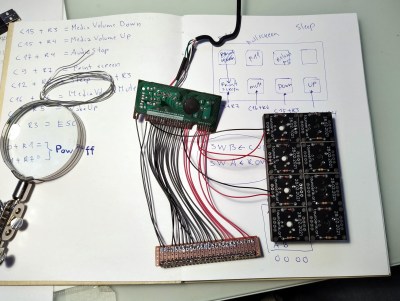 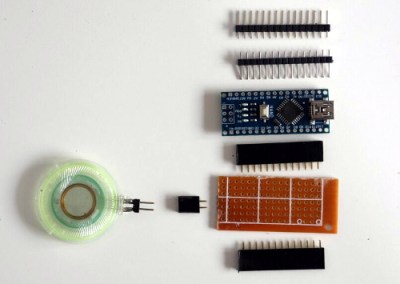 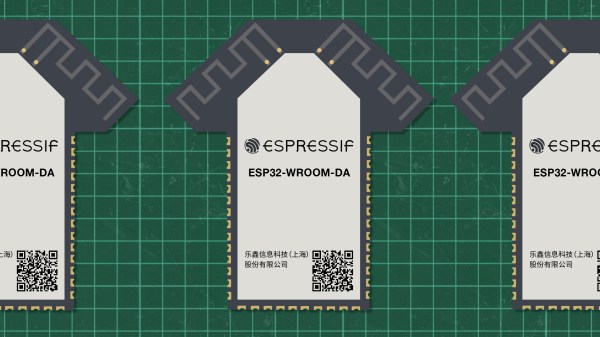 We’re always interested in the latest from the world’s semiconductor industry here at Hackaday, but you might be forgiven for noticing something a little familiar about today’s offering from Espressif. The ESP32-WROOM-DA has more than a passing resemblance to the ESP32-WROOM dual-core-microcontroller-with-WiFi  module that we’ve seen on so many projects over the last few years because it’s a WROOM, but this one comes with a nifty trick to deliver better WiFi connectivity.

The clever WiFi trick comes in the form of a pair of antennas at 90 degrees to each other. It’s a miniaturised version of the arrangement with which you might be familiar from home routers, allowing the device to select whichever antenna gives the best signal at any one time.

We can see that the larger antenna footprint will require some thought in PCB design, but otherwise the module has the same pinout as the existing WROVER. It’s not much of a stretch to imagine it nestled in the corner of a board at 45 degrees, and we’re sure that we’ll see it appearing in projects directly. Anything that enhances the connectivity of what has become the go-to wireless microcontroller on these pages can only be a good thing. 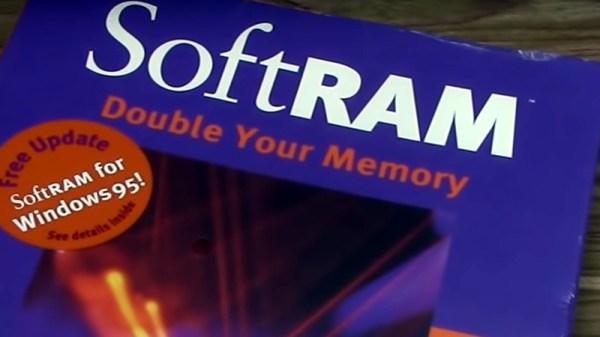 If you are in the market for web hosting in 2021 and you sign up with one of the cloud computing providers, you’ll soon see how the different resources are priced. Storage and bandwidth are cheap, while CPU time is expensive. This reflects the state of a modern computer, in which a typical disk drive now holds a terabyte or more and rising by the year while a new processor is becoming a bottleneck whose performance hasn’t increased as much as the manufacturers would like over models from years ago.

Twice As Much Hardware From A Bit Of Software?

In the early 1990s though it was a different matter. A 486 or early Pentium processor was pretty powerful compared to the DOS or Windows 3.1 software it was expected to run, and it was the memory and disk space attached to it that limited performance… and cost an arm and a leg. There was a period in about 1995 when a supposed fire in a chip factory somewhere sent RAM prices into the hundreds of dollars per megabyte, briefly causing an epidemic of RAM raiding in which criminals would break into offices and take only the SIMs from the computers.

A solution to this problem came perhaps surprisingly from the software industry. Disk Doubler was a DOS driver that promised more disk space, achieving this seemingly impossible feat by compressing the disk to fit more data on it. Processor power swapped for disk space was a reasonable trade at the time so it became extremely popular, and eventually Microsoft incorporated their own disk compression into DOS. In some cases it could even speed up a computer with a slow disk drive, as I found out as a student with a 286 packing an MFM drive.

Something For Nothing, Perhaps It’s Too Good To Be True.

If compression could increase disk space then couldn’t it do the same for RAM? The industry came to the rescue once more with an array of RAM doubler products, first applying the disk doubling technique to on-disk virtual memory, and then doing the same with the contents of the memory itself. The first approach worked at the expense of a system slow-down, while the second, not so much. In fact it was little more than a scam, with software products promising much but delivering absolutely nothing behind the scenes.

END_OF_DOCUMENT_TOKEN_TO_BE_REPLACED

Hackaday editors Mike Szczys and Elliot Williams pick up on the neatest hacks you may have missed. We start off with another “What’s that Sound?” so put your geeky-ears to the test and win a Hackaday Podcast T-shirt. Here are a couple of classic hacks to bring you joy: music based on Markov chains, and a squiggly take on the classic Nokia game of snake. For the more hardcore science geeks we dive into the B Meson news coming out of CERN’s physics experiments. And after taking a detour in bristle-bot-based pen plotting, we unpack the hidden system of pipes that carry oil, gas, diesel, and more from the refinery to your region.