Associate Professor [Homei Miyashita] from Meiji University’s School of Science and Technology in Tokyo has developed a new technology for reproducing taste on a television or monitor, a system called Taste the TV (TTTV). The team of researchers used taste sensors to sample a variety of foods, and came up with a palette of 10 different aerosol flavors which can be combined in various ratios. The taste is generated in a staging area at the top of the screen onto a thin plastic film, which is then scrolled down into position. 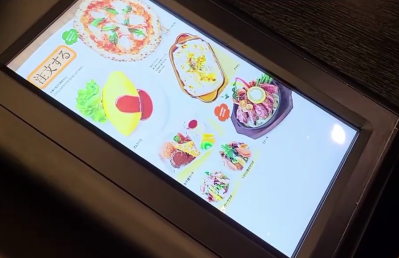 Possible applications shown in the video below the break include cooking programs, restaurant menus, and wine tasting events. We’re not quite sure how popular this would be to consumers. Tele-tasting a cooking show with friends would be inconvenient, if not unsanitary. We’re also not aware that current video interface protocols such as HDMI or ATSC include any provisions for senses other than sight and sound. If you have access to scholarly journals, [Prof Miyashita] research paper on TTTV is available in the 34th Annual ACM Symposium on User Interface Software and Technology.

We’ve written about a couple of taste-generating projects before, see here and here.

18 thoughts on “Taste The Television: TTTV”