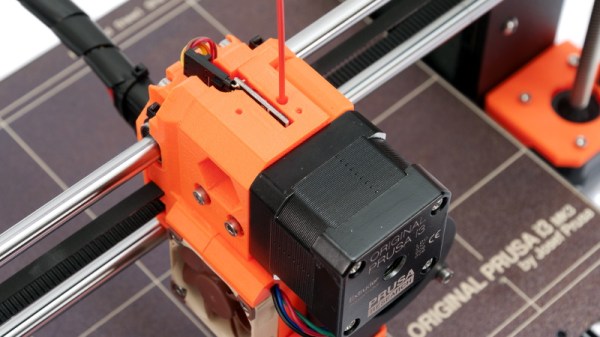 END_OF_DOCUMENT_TOKEN_TO_BE_REPLACED

If you have had a 3D printer for awhile, you know the heartbreak of coming in to check on an 8-hour print only to find that in hour 7 you ran out of filament (or the filament broke) and your printer has been dutifully moving around for no reason. [Chuck Hellebuyck] knows and he decided to make a filament sensor he found on Thingiverse.

Finding a part on Thingiverse and printing it probably doesn’t warrant much attention. But if you watch the video, below, it is a good example of how things from Thingiverse don’t always meet your needs. The microswitch [Chuck] had was bigger than the design used. So he loaded the STL file into TinkerCAD and fixed it. He shows you exactly how he did it. That’s a useful skill because you never know when you’ll need to modify some part you’ve found on the Internet.