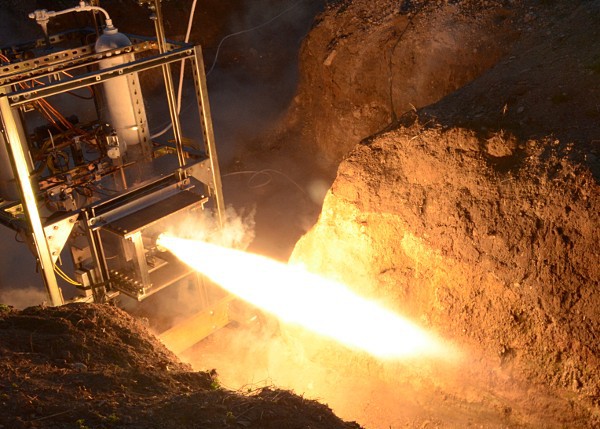 At Hackaday, we’re familiar with projects that say they’re exploring space. Most of the time, these are high altitude balloons that ascend up to 100,000 feet. Sure, this is very, very high, but it’s only about 1/3rd of the way to lower limit of what can be called space at 100 km or 62 miles. Now, we’re seeing the first steps towards embedding Arduinos, cameras, and other goodies into the celestial spheres with the NE-1 Rocket, a project by [Jonathan McCabe] in Madison, Wisconsin.

The goal of the NE-1 rocket is to launch a 5kg payload into a suborbital trajectory to a height of 120 kilometers. From there, the payload – be it an electronic, biological, or simple imaging experiment – will experience a few minutes of weightlessness before falling back to Earth under a parachute.

Getting into space without the help of a government space agency has been done a few times before, mostly with solid-fuel rockets. [Jonathan]’s system uses a liquid-fueled engine, fed with nitrous oxide as the oxidizer and a secret self-pressurizing liquid fuel. These are fed into an engine that uses a ‘cold wall vortex’ to cool the engine instead circulating fuel around the combustion chamber as in traditional engines.

[Jonathan] has already done a few static tests with a half-scale engine, and he already has a lot of the very hard-to-source components in his lab. It’s a promising project. It falls right in line with the ‘Hackaday Space Program’ idea we’ve been kicking around, and we’d be more than happy to see this project get off the ground