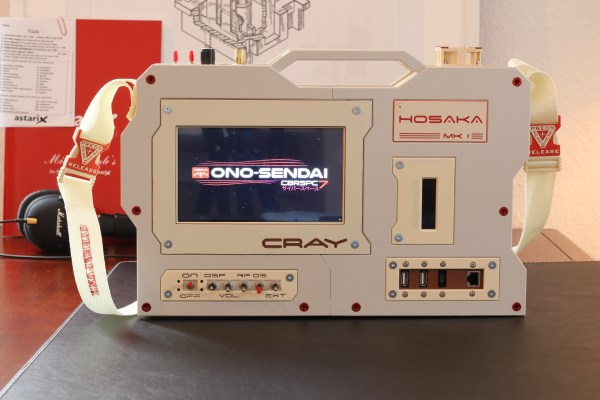 It’s hard to pin down exactly what a cyberdeck is, as we’ve seen through the huge variety of designs submitted to our 2022 Cyberdeck Contest. The most basic requirement is that it is a type of portable computer, typically with a futuristic, cyberpunk-style design, but beyond that, anything goes. The original concept was introduced in William Gibson’s novel Neuromancer, where it refers to portable devices used to connect to cyberspace. The design of the ‘decks is not described in detail, but we do know that Case, the protagonist, uses a Hosaka computer which is supposedly “next year’s most expensive model”.

Inspired by Gibson’s novel, [Chris] designed and built the Hosaka MK I “Sprawl Edition” as he imagined it would have looked in the Sprawl universe. The result is an impressive piece of retro-futuristic hardware with lots of chunky tumbler switches, exposed metal screws, and even a shoulder strap. Processing power is supplied by a Raspberry Pi, with input and output happening through a 7″ touchscreen. There’s also an ESP32, which controls a set of RGB LEDs on the back as well as an FM radio module.

The Hosaka’s functionality can even be extended by adding modules to the side, which will snap into place thanks to a set of neodymium magnets integrated into the housing. The whole case is 3D printed, and a full set of .stl files is available for download, although [Chris] warns that the larger parts might be too big for some 3D printers: the whole thing barely fits inside his Prusa MK3s.

We’ve seen several cyberdeck creators that aimed to recreate Gibson’s vision: the XMT-19 Cutlass is one example, as is the massive NX-Yamato. If you’ve designed your own, be sure to submit it to this year’s contest. 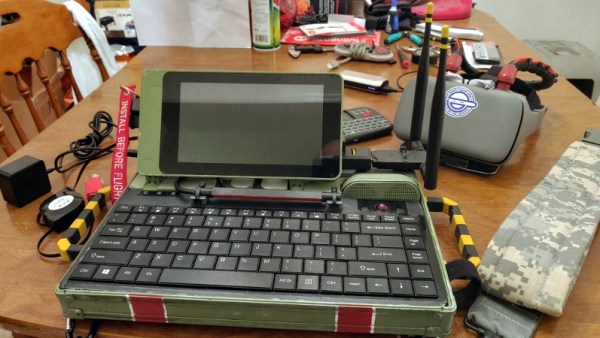 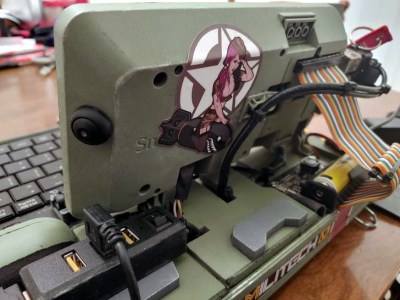 Like many of you, growing up Neuromancer played a pivotal role in how we thought about the future and where “cyberspace” was going. Things have turned out very different. Although the underlying mass of data and consciousness is still there, it’s not the fully immersed 3D world some are still clinging to. [William Gibson], author of the seminal novel, has recognized this and readers will find his recent works like Spook Country, are set very firmly in the now, with technology like location sensitive augmented reality. io9 sat down with him during a San Francisco visit to talk about his fondness for Vancouver, the inability of authorities to maintain secrets, if his novels are really dystopian, and whether moving to Canada counts as draft dodging if you never get drafted.