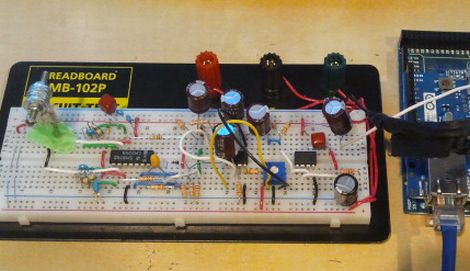 In this video you can see the marriage of Arduino data collecting units and Augmented reality systems. Set up by the people at pachube.com, a site for sharing sensor information from your location, this is an interesting idea. We can see that each unit has its own pattern, so it can have the data it is collecting superimposed on it in 3d. While this is really cool looking, we’re still trying to figure out what the use of this is? Who is going to be wandering around their office with a camera hooked to a computer? Maybe this is meant more for phones, so you can get quick readings off of the units without having to go access their logs. Since we know how much you guys absolutely love the Arduino, we though you might also be interested in this larger than life portrait we saw floating around.