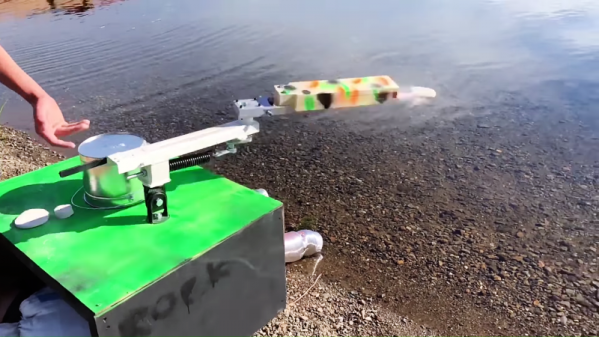 END_OF_DOCUMENT_TOKEN_TO_BE_REPLACED

[Justin] sent in his Digitally Assisted Billiards project. Using a web cam, a computer and a projector, these guys have set up a system that shows you the trajectories of your current shot. It detects the angle of the cue and displays a glowing blue line showing where each ball would go and where the collisions would be. It is a bit slow right now, and made somewhat less accurate by a low resolution web camera. This could be a fantastic teaching tool if it were to get some more polish. The source code is available on the site, so you could try this one out at home.