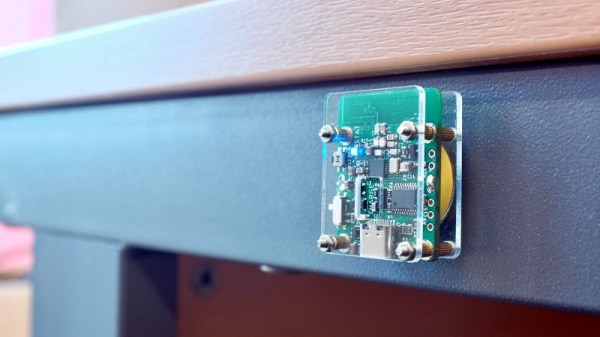 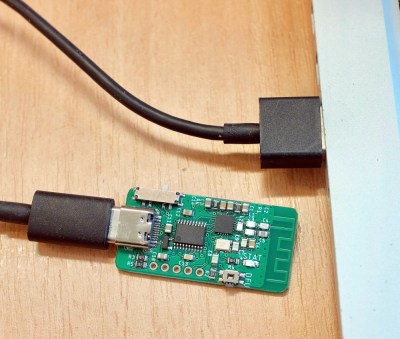 Even though it’s a bit late for April Fool’s jokes, [Ameres] wrote in to share a project guaranteed to catch your friends (or enemies) by surprise.

Like us, he had some old CD-ROM drives sitting around and thought that there must be some way to put them to good use. He gutted one, saving the laser’s carrier unit for use as his mechanical trigger. He placed the unit above a doorway, soldered a pin on to the end of the laser carrier, and positioned a water balloon at the end of the CD-ROM’s rails. The laser carrier’s motor was then connected to a photocell located about half way down the side of the door.

He mounted a laser on the far side of the door, which is pointed at the photocell. Once the laser beam is broken, the CD-ROM motor is actuated, popping the balloon over the unsuspecting victim.

It’s not the most high-tech prank out there, but how high tech does a water prank need to be? We just wonder how easy it would be to attach one of these things to our cube at work…

Have any ideas as to how he can make a bigger splash with his friends?  Share them with us in the comments. Instructables user [EngineeringShock] has been hard at work building a laser trip wire security system, complete with a combination lock. The security system works just like you see in the movies, employing an array of mirrors to bounce the laser across an opening several times in order to secure the space.

A PIC18F1220 micro controller sits at the center of the alarm and handles the majority of its functions. It takes input from the laser detection circuit, triggers the buzzer, as well as arms and disarms the entire alarm system. An LS7222 digital lock handles the passcode verification side of things, taking input from a 16-button matrix keypad, and telling the PIC when the proper code has been entered.

As you can see in the video below, the alarm system works and the buzzer is quite loud. There is one small problem however – the alarm only arms itself after the proper code has been entered and the lights have been turned off. The light sensing circuit he uses is too sensitive and can only operate in darkness, though he discusses the ability to add a more accurate sensing solution.

If you are interested in reading more about laser tripwire security systems, check out this similar passcode-based system, this alarm system built into a toy, and this Arduino-based alarm system.

END_OF_DOCUMENT_TOKEN_TO_BE_REPLACED Sometimes security doesn’t need to be overly complex to be effective. Instructables user [1234itouch] recently built a simple laser tripwire alarm that can be mounted virtually anywhere, complete with a keypad for disarming the device.

He mounted a photo cell in a project box, along with an Arduino and a 12-button key pad. A laser pointer is aimed at the photo cell from across a gap, which results in a steady voltage being read by the Arduino. When the laser beam is broken, a drop in voltage is detected, and the alarm sounds until you enter the proper pre-configured passcode. Entering the passcode triggers a 15 second grace period during which the the alarm cannot be tripped again.

It might not be built with triple-thick steel doors and thermo-sensors, but it’s a simple device for simple needs. In its current form it could be pretty useful, and with a little reworking, there are a wide range of things it could be used for.

Continue reading to see a demo video of the tripwire alarm, and be sure to check out these other tripwire-based security systems.