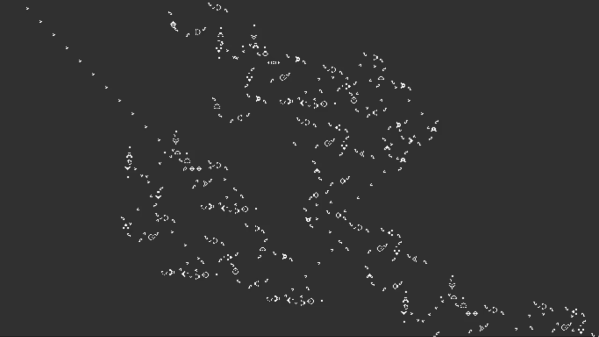 We often hear the term “Turing-complete” without giving much thought as to what the implications might be. Technically Microsoft PowerPoint, Portal 2, and Magic: the Gathering all are Turing-complete, what of it? Yet, each time someone embarks on an incredible quest of perseverance and creates a computer in one of these mediums, we stand back in awe.

[Nicolas Loizeau] is one such individual who has created a computer in Conway’s Game of Life. Unlike electricity, the Game of Life uses gliders as signals. Because two orthogonal gliders can cancel each other out or form a glider eater if they intersect with a good phase shift, the basic logic gates can be formed from these interactions. This means the space between gates is crucial as signals need to be in phase alignment. The basic building blocks are a period-60 gun, a 90-degree glider reflector, a glider duplicator, and a glider eater.

All the Python code that generates these structures is on GitHub as the sheer size of the machine couldn’t possibly be placed by hand. The Python includes scripts to assemble the basic programs as a bank of selectable glider generators. It’s all based on Golly, which is an excellent program for simulating Conway’s Game of Life, among other things. While this isn’t the first computer in the Game of Life as [Paul Rendell] published a design in 2000 and [Adam Goucher] published a Spartan universal computer constructor in 2009, we think this is a particularly beautiful one.

The actual architecture has an 8-bit data bus, a 64-byte memory with two read ports, a ROM with 21 bits per line, and a one-hot encoded ALU supporting 8 different operations. Instructions have a 4-bit opcode which is decoding in a few different instructions. The clock is four loops, formed by the glider reflectors as the glider beams rotate. This gives the computer four stages: execution, writing, increment PC, and write PC to memory.

The Game of Life is an excellent example of Cellular Automaton (CA). There are several other types of CA’s and the history behind them is fascinating. We’ve covered this field before and delved into this beautiful fringe of computer science. Check out the video below to truly get a sense of the scale of the machine that [Nicolas] has devised.

END_OF_DOCUMENT_TOKEN_TO_BE_REPLACED 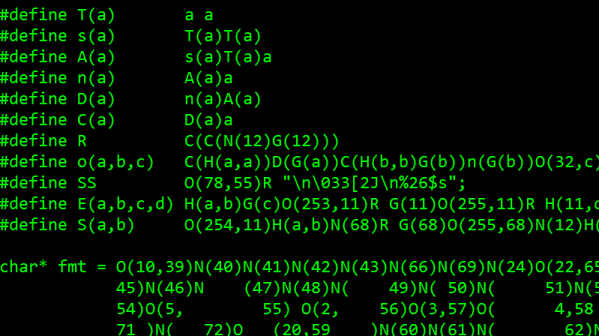 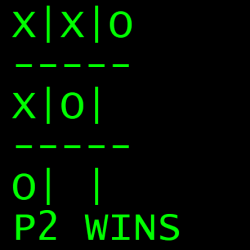 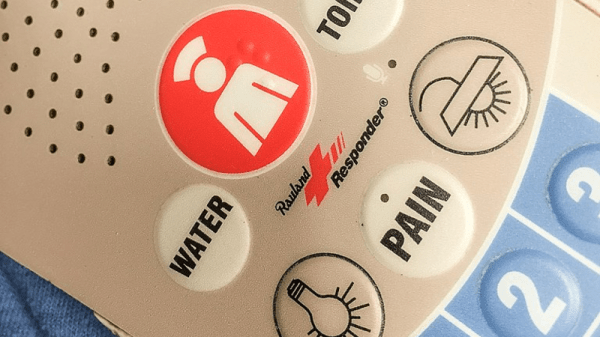 George Mallory, a famous English mountaineer, once suggested that it was of no use to climb mountains. Instead, he posited, the only reason to climb a mountain is because it is there. Likewise, when you become an expert in nurse call systems like those found in hospitals, you may find that you do things with them that are of similar use. Making a Turing-complete nurse call system is something you do because you can.

[Erik] has been working on this particular call system, known as Netrix, and used Wireshark to sniff out all of its protocols. With this information he realized that it would be possible to use the system’s routing features to perform all of the tasks that any Turing complete system can do: conditional branching and memory access. He set up a virtual machine and set about implementing all of these tasks using the nurse call system’s features.

The setup for this project is impressive, and belies an extensive knowledge of this one proprietary system but also of computer science in general. It’s interesting to see how something can be formed into a working computer system from parts that otherwise might not be used that way. Even things that aren’t electronic can be used as Turing-complete computers.