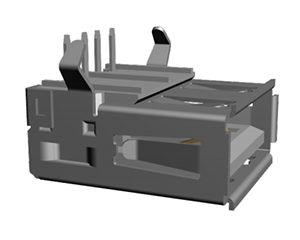 Have some .40 cal shell casings sitting around with nothing to do? How about some bullet earbuds? If you’ve ever wondered about the DIY community over at imgur, the top comment, by a large margin, is, “All of these tools would cost so much more than just buying the headphones”

Here’s something [Lewin] sent in. It’s a USB cable, with a type A connector on one end, and a type A connector on the other end. There is no circuitry anywhere in this cable. This is prohibited by the USB Implementors Forum, so if you have any idea what this thing is for, drop a note in the comments.

Attention interesting people in Boston. There’s a lecture series this Tuesday on Artificial Consciousness and Revolutionizing Medical Device Design. This is part two in a series that Hackaday writer [Gregory L. Charvat] has been working with. Talks include mixed signal ASIC design, and artificial consciousness as a state of matter. Free event, open bar, and you get to meet (other) interesting people.

Ghostbusters. It’s the 30th anniversary, and to celebrate the event [Luca] is making a custom collectors edition with the BluRay and something very special: the Lego ECTO-1.

Let’s say you need to store the number of days in each month in a program somewhere. You could look it up in the Time Zone Database, but that’s far too easy. How about a lookup table, or just a freakin’ array with 12 entries? What is this, amateur hour? No, the proper way of remembering the number of days in each month is some bizarre piece-wise function. It is: f(x) = 28 + (x + ⌊x⁄8⌋) mod 2 + 2 mod x + 2 ⌊1⁄x⌋. At least the comments are interesting.