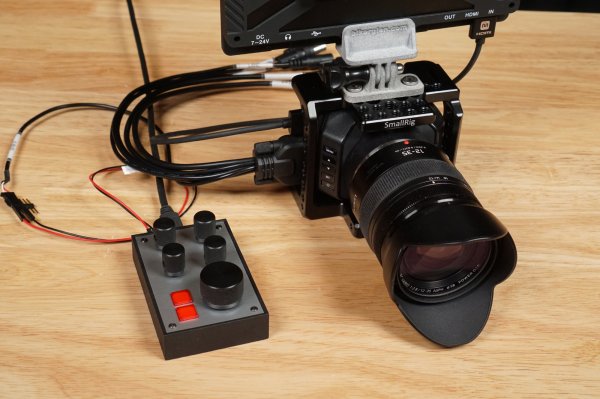 What to do when one ends up in the possession of a 4K studio camera, but without the requisite hardware and software to remotely control it? When [Glen Akins] ended up in this situation, he took the reasonable option here and developed his own knob-based remote control to adjust exposure and focus on the Blackmagic Designs Micro Studio Camera 4K. Without a remote control option, the only adjustment options are via fiddly small buttons on the camera itself, which wouldn’t have been a fun experience during the webcam usage that this camera would be used for.

This camera is normally controlled via the control channel on the SDI input which also handles the video output from the camera. For larger installations the proprietary ATEM software is commonly used, and there’s a $99 Arduino expansion board as well that’s apparently rarely stocked. With SDI not an option, the second option was LANC, which runs into pretty much the same issue with proprietary protocols and very expensive hardware.

Behind door number three is the more curious control option of the Futaba S.BUS protocol. Originally created for remotely controlling radio-controlled aircraft and similar remotely controlled systems, the thought here appears to be that this studio camera can also be used with systems that already have an S.BUS receiver, such as large drones.

With this S.BUS protocol having been reverse-engineered for a while now, it was a fairly straightforward procedure from there to create an MCU-based board with a lot of encoder knobs on it that map to a specific adjustment on the camera. The result of [Glen]’s labor can be found on GitHub. 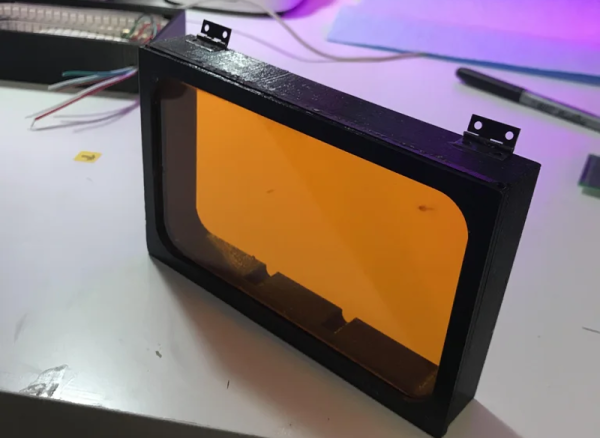 If you want to examine the results of gel electrophoresis — and who doesn’t — you need a transilluminator. These devices can be quite pricey, though, so you might want to check out [Gabriel St-Pierre’s] plans to make an affordable blue-light version. You can see a video about the device below.

Using a UV filter, an Arduino Nano, an LED strip, 3D printing, and some mechanical items, it looks like this is a very easy project if you need such a device. There are a few miscellaneous parts like a hinge and some mirror material, but nothing looks too exotic.

END_OF_DOCUMENT_TOKEN_TO_BE_REPLACED 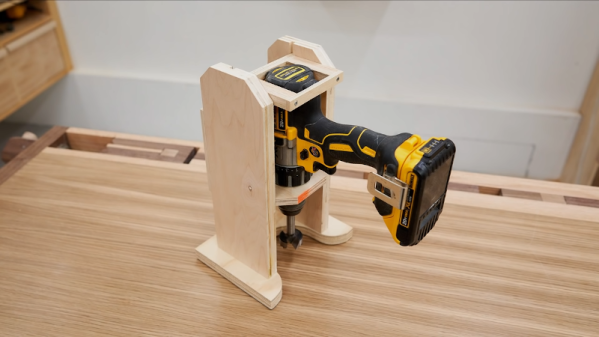 We aren’t sure that [John Heisz’s] build is really what we think of as a drill press, but it is a very portable way to convert a regular drill into something like a drill press. Your drill will probably be different, but you can follow along with his build in the video below.

On the face of it, it doesn’t seem like this would be very hard, but there are a few tricks. Finding the exact center of the drill axis on the back of the drill takes a bit of effort.

END_OF_DOCUMENT_TOKEN_TO_BE_REPLACED 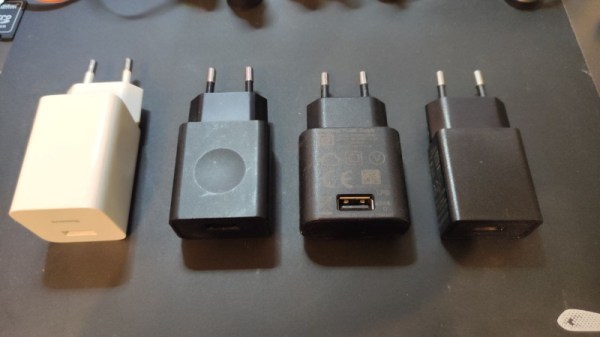 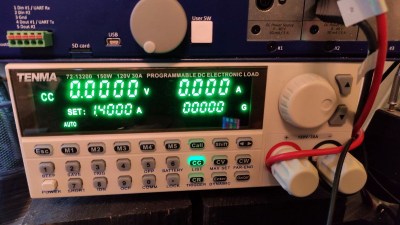 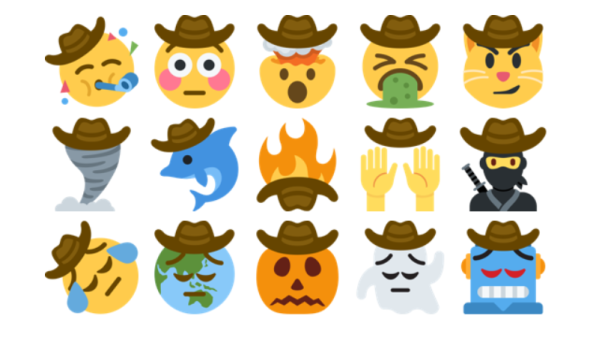 Emojis are all well and good if you want to add a fun tiny picture to your textual communication to try and add some finer context or zing, but what if the appropriate tiny picture doesn’t accurately represent you or how you feel? Never fear, cowboys, the emoji set you’ve been dreaming of has now been created.

The set was initially created by the appropriately-named [pensivecowboy], by using scripts to place cowboy hats atop existing emojis from the twemoji set automatically. Over time, it was decided to instead just apply these hats to the 300 most-used emojis instead, with some manual fettling in cases where the script-generated result needed a little work.

The result is a complete set of Unicode-compatible cowboy and pensive_cowboy emojis, for when you’re feeling like a cowboy, or feeling like a sad cowboy. Scripts are included for those wishing to work more intimately with the emojis, and there’s even Discord channels to give instant access to the new emojis for those with Nitro subscriptions.

Is this important, groundbreaking work? Your opinion on that likely depends on how much of a cow or a boy you are. But down at the ranch, it’ll likely bring many a smile to a pensive cowboy’s face. A quick search did note the absence of a :snake_in_my_boot: emoji, however, which could be a safety issue down the line.

We’d love to see some open tools built for programmatically hacking emojis; if you’ve developed some, drop us a line. Alternatively, consider this emoji gun that shoots small foam emojis at other people to delight or annoy them. 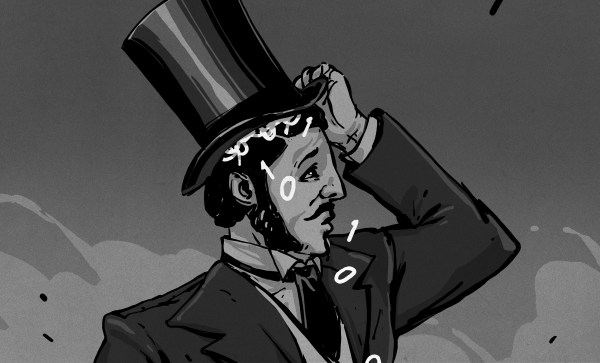 The big kerfuffle in the open source world this week surrounds the biggest IRC server operator, Freenode. Wherever the dust settles, myriad important open source projects use Freenode’s IRC servers for their main channel of user feedback, and a number of vibrant communities call or called Freenode home. What you would call a 3D printer, and most of the software that drives it, for instance, was brainstormed up in Freenode’s #reprap. If you want help with a Linux distribution, you’ll be set straight within a few minutes in the relevant channel, because the people who wrote, packaged, or maintain it are probably on Freenode waiting to chat.

But suppose Freenode burns to the ground tomorrow, as some are suggesting. So what? My take is that is doesn’t matter. Freenode doesn’t own IRC, setting up an IRC server is essentially trivial, and what’s really important is the online community — they can just pick up and move somewhere else with very little hassle. 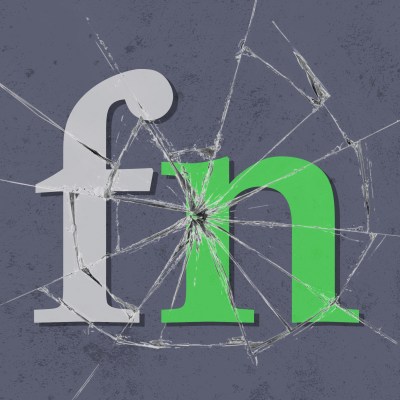 This is not to say that we don’t all benefit from the diligence that Freenode’s volunteer administrators and operators have donated to the cause over the years. IRC servers don’t run themselves, and Freenode’s admins fought and won an epic battle with spammers a couple years back. Keeping IRC running at scale is a different thing than setting up something for your friends, and so the Freenode folks definitely deserve our thanks.

But look, IRC is an old protocol and it’s a simple protocol. It’s so simple, in fact, that writing an IRC bot is just a few dozen lines in Python, using no external libraries. All you need to do is send plain text over a socket. You can do this — it makes a great networking hello world.

IRC is fun for hackers, but if you want a user-friendly GUI client, you ridiculously many to choose from. There are even no-install web clients if you just want to dip your toes in. Heck, you could install your own server in an hour or so.

So saying that the demise of Freenode is the end of IRC is a lot like saying that the end of Hotmail was the end of e-mail. In the grand scheme of things, almost nobody actually uses IRC — Freenode has 78,000 users while Slack has 10 million — and IRC users are very savvy, if not full-on geeky. These are the sort of people who can probably find the server field in a menu and change it from irc.freenode.net to irc.whatever.org.

In addition to our traditional #hackaday channel on irc.freenode.net, there’s also a channel set up on irc.libera.chat as well. There isn’t much action in either — IRC tends to be a slow conversation, so don’t freak out if someone responds to you an hour later — but if you want to swing by, we’re there. IRC will never die!

If you missed our announcement, this year’s Hackaday Prize is on! We’ve all had a rough year and a half, and it’s lead a lot of us to think seriously about our world. How would you want to change it going forward? Fifty entrants will rethink, refresh, and rebuild their way into $500, and the Grand Prize is $25,000. Get hacking! 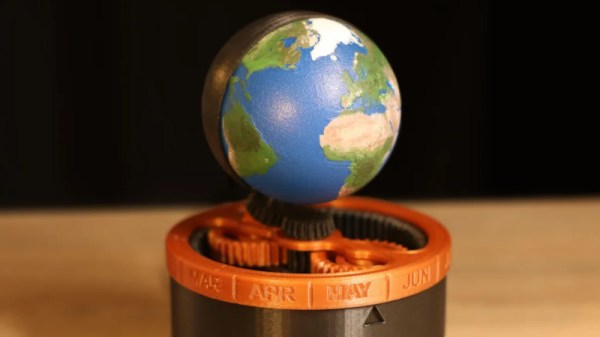 Plenty of clocks around us are useful for telling us the precise hour, minute, and second of the day. However, few can give us an intuitive sense of how far away we are from the enveloping cloak of night. This 3D printed Earth clock built by [Simon Rob] promises to do just that.

The build consists of an Arduino Nano driving a stepper motor, which turns a 3D printed model of the Earth through 360 degrees each day. The Earth is rotated within a black shroud such that the current portion of the Earth seeing sunlight is the visible section on the clock, while the rest is hidden from view. There’s a three-stage planetary gear reduction which turns a date wheel connected to the black shroud so that the clock remains accurate throughout the year. The gear ratio isn’t perfect — [Simon] calculates its drift to be 20 hours over a year -but it’s close enough for the clock’s given purpose of being a cool thing.

The clock looks great, and a lot of that is down to [Simon]’s careful work painting the Earth to match the real thing based on Google’s satellite maps. Incidentally it’s not the first Earth clock we’ve seen, either. We might just have to get building one for our own coffee table at home. Video after the break.