A student team at Ohio State University has designed and built a custom Controller Area Network (CAN) data acquisition system complete with a sensor interface, rider display, and a Linux-based data logger for a RW-2x motorcyle.

They call their small, convenient micro-controller circuit board the Magic CAN Node, and it measures automotive sensors throughout the electric vehicle. This includes a variety of thermistor resistors to check changes in temperature. A few 0-5V and 0-12V sensors to monitor brake pressure transducers along with some differential air pressure sensors can be added too. Since the vehicle is basically a “rolling electromagnetic noise bomb”, they wanted to keep all of these analog sensors as close to the source as possible.

The Magic CAN Node is based on a Texas Instruments microcontroller called the TMS320F28035. This keeps the energy consumption at a low level.

For message handling, the team, led by [Aaron], tapped into the built-in CAN module within the F28035. All of the CAN plugs have two of the pins shorted to GND or +12V, so when there’s only one plug connected, the analog switch IC will connect a 120 ohm resistor across the CAN lines.

END_OF_DOCUMENT_TOKEN_TO_BE_REPLACED END_OF_DOCUMENT_TOKEN_TO_BE_REPLACED

Here’s a really cool application of 3D printing and robotics by a fellow named [Maundy] – He’s created a very unique kinetic robot which relies on gravity to walk around.

All the electronics are housed in the cylinder as shown above. It can roll freely back and forth by some kind of mechanism inside (not shown), but the beauty of it is, when the cylinder rolls to one end, gravity takes over and the little robot actually flips through the air, reorienting itself onto its other feet.

Due to the flipping nature of the bot, it can even climb over small obstacles with ease – but this one can’t steer, so there’s no threat of them taking over the world. Perhaps with a modification to the control cylinder (turn it into a ball), the robot could orientate itself vertically, and then kind of spin in place in order to steer…

Anyway, you have to see it to believe it, so stick around after the break to see it in action!

END_OF_DOCUMENT_TOKEN_TO_BE_REPLACED

We have a new round of Astronaut or Astronot, the little community voting thing we’re doing for The Hackaday Prize. Why should you care? Because tomorrow (Friday, 10:00 AM Eastern) we’re doing a voters lottery. We’re selecting a random person on hackaday.io, and if that person has voted, they win a pretty awesome bench power supply.

Why are we telling you this now? Because voting in previous rounds doesn’t count for this round. If you want to nab a power supply, you need to vote. We previously gave away an awesome scope, and a very cool 3D printer to a random person on hackaday.io. Judging from previous rounds, I’d guess the odds of us giving away the supply this week are pretty good, but I’m not doing those maths right now. I’ll post a video of the drawing tomorrow around 10:30 Eastern.

END_OF_DOCUMENT_TOKEN_TO_BE_REPLACED I met up with [Kenji Larsen] at HOPE X last weekend, and I’m fairly certain he was the coolest person at a conference full of really cool people. Talking to him for a little bit, you get a sense of what it would be like to speak with [Buckmister Fuller], [Tesla], or any of the other ‘underappreciated, but not by people in the know’ minds scattered about history. I’ll just let his answers to our hacker bio questions demonstrate that.

[Kenji]’s project for The Hackaday Prize is the Reactron Overdrive. It’s not just one board he’s building here, but an entire suite of sensors, interfaces, and nodes that form a complete human to machines – note the plural ‘machines’ – interface. When you consider that no one knows what the Internet of Things actually is, and that [Kenji] is working on IoT 3.0, you get a sense that there’s really something here. Also, his project log has a Tron Recognizer in it. That has to count for something, right?

END_OF_DOCUMENT_TOKEN_TO_BE_REPLACED 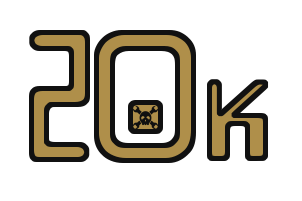 What a pleasant thing to wake up and realize that we now have more than 20,000 Hackers on Hackaday.io. It wasn’t even two months ago that we celebrated passing the 10k mark. While we’re talking numbers, how about 2,075 projects, and 148 hackerspaces?

But what’s in a number? It’s what this stands for that really gets us excited! You took the leap and decided to show off what you’re working on while you’re still working on it. This is the key to pollinating ideas. One concept can result in many awesome spin-off projects. So if you haven’t yet written about that killer idea bouncing around in your head, do it now and be the inspiration for the next iteration of amazing hacks.

Much more to come

Our crew has been refining an overhaul of how the feed works to make it easier to know when and how your favorite hackers are updating their builds. You should see that functionality live in August. We’re also working on improving interactivity so that you can better find others with similar interests whether it’s just for casual conversation or to undertake an epic build as a team.

We’re certainly not above pointing out our own weaknesses. The Stack never took off. The idea seemed like a good one, but we need your help figuring out how to make it shine. Leave a comment below telling us what you think The Stack should be and how you think it should work.